I concluded a research project recently, part of which involved me listening to people who are involved in community action of one sort or another. Some support refugees, others work with the homeless, some run community football or youth clubs, and one simply goes walking with people. They are all working to make the world a better place to live in. 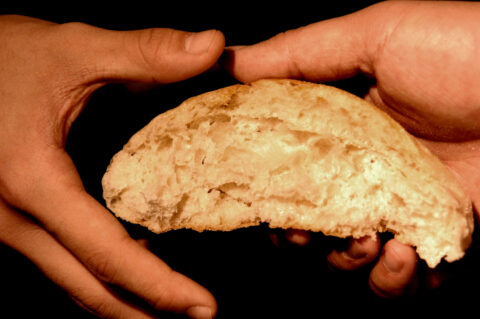 Again and again I found people willing to give things up for the sake of other folk – in some cases money, in some cases ‘peace of mind’ and for lots of people ‘time’, or ‘only time!’ as one person put it. “Only time!? You know that means a literal piece of your life?” I wanted to ask, but didn’t.

As part of the research I asked them about their religious beliefs, or lack of them. As you might imagine there was quite a variety of responses. Some of my research participants would describe themselves as Christians, others very clearly wouldn’t. “I am totally pissed off with all the major religions and their jam tomorrow bullshit…” one community activist told me. She had a point.

One of the lines that I found particularly resonant was when one person, who does identify as Christian, told me about the unwillingness of other Christians to join in the sort of work they are part of: “Church can be so middle class. It has lost touch with a lot of the suffering of local people,” he reflected.

In the sort of tradition that I come from we call the ritual sharing of bread and wine ‘communion’. There’s no sense of it turning into something different than bread and wine, but there is certainly a sense of it symbolising torn flesh and shed blood. There is a sense, then, of it symbolising suffering. It worries me to think that those of us who sit at the table or visit the alter rail might take part so readily in a ritual that reminds us so starkly of the sort of suffering that is at the heart of our tradition, and yet be ready to ignore the suffering of those around us.

Whatever one’s beliefs in the nature of God (and lets just accept that there are, and always have been, plenty of those) the Christian tradition is one which recognises the need to engage deeply with the reality of suffering. Our act of communion ritualises this, and the reported words of Jesus, whose story is certainly one of suffering on the behalf of others, remind us of it too. The gospel of ‘Luke’ puts it like this: “If any want to become my followers, let them deny themselves and take up their cross daily and follow me.”

My project gave me much to think about, part of which is that challenge – ‘to what extent am I in touch with the suffering of ‘local’ people?’ Recently there was an armed police raid on a house across the street from me, two young lads were taken into custody – there had been a shooting earlier in the evening, it’s probably drugs related – yet more suffering. As a ‘Christian’ can, or should, my response to the real suffering in my locality be to close the curtains and turn my face away from what’s happening around me? Perhaps the answer lies at the communion table.

Simon the is Chair of PCN Britain