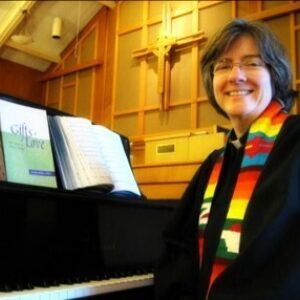 The hymns of Carolyn Winfrey Gillette are refreshingly contemporary and justice oriented, sung to traditional tunes. She is an ordained 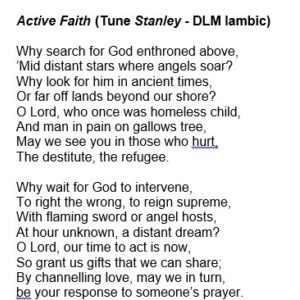 "We show our faith in how we love". This is the theme of this hymn, which chimes well with PCN's Eight Points.​Philip Sudworth has given 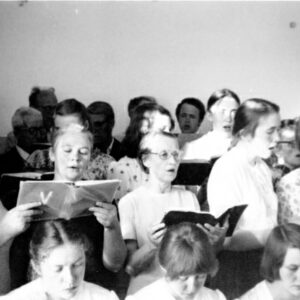 Singing Hymns Again for the First Time - list of publishers 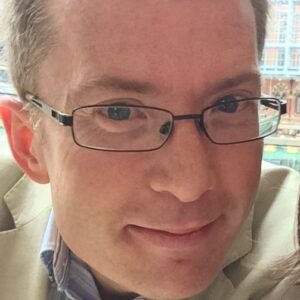 A choir master’s view on how hymns should be chosen 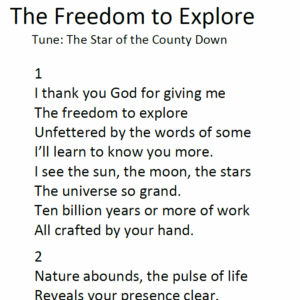 Monty Lynds displays a great affinity with the natural world in his writing. In this hymn he portrays the vastness of the universe and the

​This version of the well known Advent hymn, O Come, O Come, Emanuel, was penned by Gretta Vosper, and forms part of 'Sing it Forward', a

This hymn, one of many from the pen of David Stevenson, welcomes doubt, makes no exclusive claim for truth, and views science as a friend.

Here Before Us, a song for Christmas

A Hymn by PCN member, Chris Avis, Tune: In Dulci Jubilo First verse Our world cries out to be reborn: a world of pain, all tossed and

We Sing a Song of Light Divine

A hymn by PCN member, Monty Lynds, copyright 2004. Can be sung to the tune, Kingsfold. First Verse: We sing our song of light divine Now