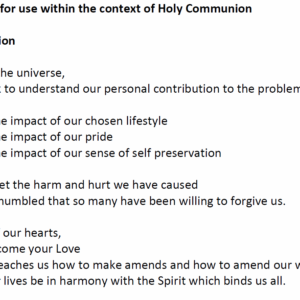 Prayers for use within the context of Holy Communion

These prayers from Andy Vivian we consider to be progressive and inclusive. There is a strong emphasis on solidarity and community in the

A Christian meditation on Buddhist themes

This liturgy from Betty Saunders lays stress on the Kingdom gospel of Jesus and puts less emphasis on Jesus as sacrificial saviour. It

This communion liturgy, prepared by John Churcher chair of PCN Britain, was first used at our residential committee in January 2010. Feel