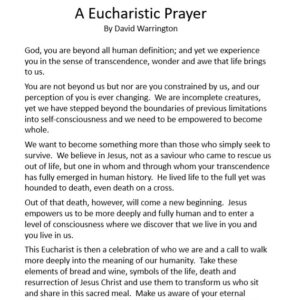 David Warrington's Eucharistic Prayer takes a creative and progressive approach to the symbolism of Holy Communion. Instead of focusing on 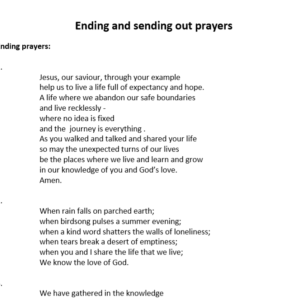 Six ending and sending out prayers

Ending prayers often have a sense of being on a journey. This is very much the theme of Julia Morris' prayers. The journey may be 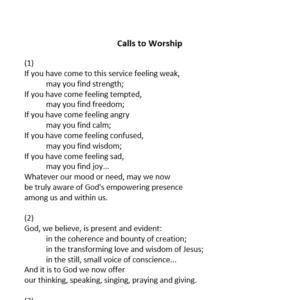 In these short prayers Edward Hulme portrays God is an empowering and transforming presence and a vision of perfection. His prayers

Litanies for a small group meeting for discussion

John Churcher, chair of PCN Britain writes, "On behalf of the Management Committee I wish all members a very happy and peaceful New Year!