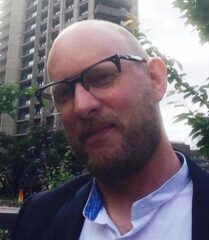 An essay by Dr Robin Bunce of Homerton College, Cambridge

This essay is a follow up to Robin's blog article, Masculine Worship, an unworthy trend ​, published in November 2017. He explains the history and context of which led to a doctrine which offers divine justification for the subordination of women while claiming to promote in gender equality. He points out that the version in the UK is rather different from the version in the USA and flags up his interest in a conference in the UK next year which is being promoted as less polarised approach to the subject.