Honest to God: An Experiment in Progressive Christian Thought? 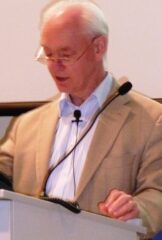 This talk by PCN Britain trustee, Alan Race, was presented to the Common Dreams Conference in Canberra, September 2013

​PCN Britain was invited to send a delegate to this conference of progressive Christians in Australia and the South Pacific. Alan Race took up the challenge and spoke about the impact on progressive thought of John Robinson's challenging book, now fifty years old. Race looks at Robinson's position in the spectrum between classical theism and non-realism and suggests what Robinson's enduring legacy might be.