The PCN Group Census, which was sent out in September 2010, received a response from only a third of groups.

A printable PDF of the latest PCN Britain Information leaflet 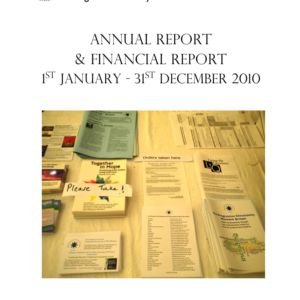 Minutes of the Annual General Meeting of PCN Britain held on 24th October 2009 at 10.45am, at St James’s Church, Piccadilly

Experiences and Reflections on Starting a PCN Group