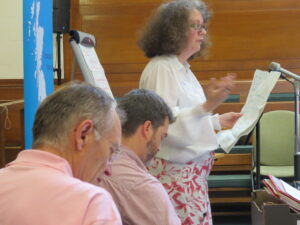 Religion at the hedge, the potential for interfaith

This clip is part of a conference led by Mark Townsend, called Seeing Jesus Again with New Eyes, which took place on May 17th 2014 at the Priory Rooms in Birmingham. Mark described himself as a hedge priest, which reflects the way this his Christian faith has been influenced by and become inclusive of Paganism. In the afternoon, he set eight discussion topics for the audience. This is the report of one group which considered religious crossover.