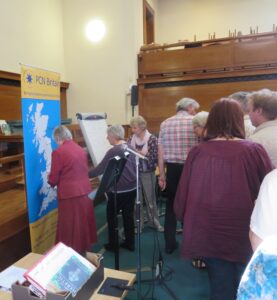 Finding the magic in the mess

This clip is part of a conference led by Mark Townsend, called Seeing Jesus Again with New Eyes, which took place on May 17th 2014 at the Priory Rooms in Birmingham. Mark described Christianity as the one religion accepts brokenness and messiness as part of the natural way of things. Its symbol, the cross, is based on brokenness. In the afternoon, he set eight discussion topics for the audience. This is the report of one group which considered the positive aspects of mess.