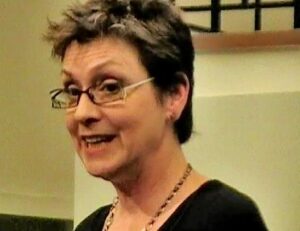 Before leading a non-theist liturgy in the chapel of Somerville College, Gretta Vosper spoke to Charles Nove about her beliefs

Gretta Vosper is a Canadian minister and writer who led two conferences in the UK in September 2014. She explained how her church, West Hill United Church in Toronto, no longer uses the words and narratives of traditional Christianity. She says it’s time for the church to step beyond religious doctrine. She calls for churches to be theologically barrier-free communities in which individual, communal and global well-being are the primary goals. In this perspective, belief in a god does not play a central role.