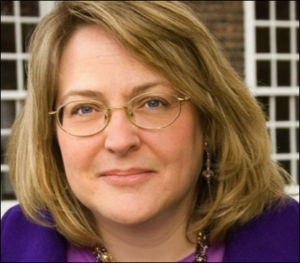 Over two hundred people attended the first Marcus Borg Memorial Lecture, presented by the American progressive Christian writer, Diana Butler Bass. It was held at Carr’s Lane Church in Birmingham on Saturday May 14th 2016. In fact Diana gave two talks. The first was about Marcus Borg’s contribution to progressive Christianity and the second focussed on the title of the conference which was Finding God in the World - a Spiritual Revolution. This drew on themes from her 2016 book, Grounded. Both talks are in this three disc CD set, including the Question and Answer sessions and a number of excerpts from Borg’s writing read by representatives of the four organisations which staged the conference, namely Free to Believe, Modern Church, PCN Britain and St Marks Centre for Radical Christianity.​

Diana Butler Bass is a historian focusing on the history of Christianity and is a leading voice in progressive Christianity. You can watch a video of Marianne Borg introducing Diana Butler Bass. You can also read a summary of the first of these talks in our News section.