What on earth is religious humanism? 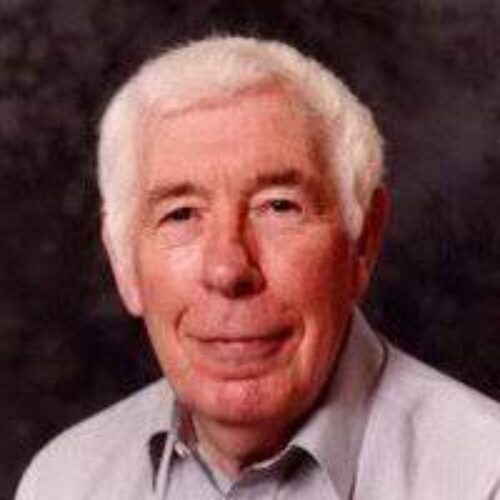 Summary of our meeting with David Boulton, historian, author and founder of the Non-theist Friends Network.

There were 14 of us gathered to hear David’s talk and to join in discussion afterwards.

David ascribed the term non-theist to George Jacob Holyoake a century ago. Non-theists include humanists who value God as a metaphor and an embodiment of the highest human values. He describes non-theists like this as religious humanists. He talks of himself as a humanist by conviction, a Quaker by choice.

Religious humanists acknowledge and value the inspirational sources within religion. His religious roots are mostly Christian, being brought up in a fundamentalist family, but he is not a Christian believer. He identifies with the man Jesus (who wasn’t a Christian either) but rejects the mythology that turned Jesus into a god.

David sees secular humanism as an unnecessarily restricted concept, in that it not only ignores the rich part of human experience which is religious but seeks to attack it. But he adds that we need to discern which elements of religion are toxic and which are inspirational. He quoted from his book, The Trouble with God. The quote was very close to an excerpt from a Sea of Faith talk he gave about 20 years ago and which is reproduced here.

"There are bad people, but we are not anti-people; bad politics, but we are not anti-politics; bad art, but we are not philistine; bad science, but we are not anti-scientific. And there is wretched religion, but that is no good reason for basing one’s entire life-stance on an undiscriminating war on all religious expression. Radical religious humanism is a humanism which makes free with the resources of religion in its richly diverse forms, as with the resources of the whole of human culture. We know that we made it all, so we can unmake it and remake it. If we call on God to help us, we know we are using a powerful figure of speech. If we seek God's will, we know that we are simply looking for the best course, in the best interest of all. If we pray, we know we are talking to ourselves - and who doesn’t do that, and gain benefit from it? If we ask forgiveness, and for the strength to follow the light of our conscience, we know we are expressing our desire to be better people. If we say we are working for the republic of heaven (even if we can't get out of the habit of calling it the Kingdom, can we, Don?), we know we are talking about taking action to make the world a better place for the whole of humankind. ...To explore and promote religious faith as a human creation, a human recreation, a human responsibility to ourselves and to all living creatures, and as a source of delight: this is our challenge, and our adventure".

David followed up with a quote from the Quaker philosopher John Macmurray.

David then quoted words that William Morris put into the mouth of John Ball in his novel, A Dream of John Ball:

David then turned to the Epistle of James, which is his favourite book in the Bible. James argues that Paul is wrong to talk of being justified by faith alone. In Chapter 2, James wrote:

“….16 If one of you tells him, ‘Go in peace; stay warm and well fed,’ but does not provide for his physical needs, what good is that? 17So too, faith by itself, if it does not result in action, is dead. 18But someone will say, ‘You have faith and I have deeds.’ Show me your faith without deeds, and I will show you my faith by my deeds….”

David hoped that we could now understand why, as a humanist – or atheist if you prefer - he none the less finds a home with the Religious Society of Friends.

N questioned why David placed so much emphasis on human culture and experience when humans are such a tiny part of the universe and its history. Wouldn’t we gain more insight if we recognised that humanity is a tiny and precarious element of the whole

David said he did not feel the need to talk of a ‘more than’. “I am the sum of my thoughts, experience and abilities”. But he agreed that if one could demonstrate that there is a ‘more than’, it wouldn’t matter whether you expressed it as human or divine.

H reminded David that he had spoken of the need for discernment regarding religion and taking inspiration from good bits. She felt that there was a ‘more than’ in the process of discerning that inspiration. She went on to suggest that the question of whether we think something is divine or human may be down to the limitations of language – eg what is understood by G.O.D. She added that she felt human morality was our contribution to the ‘something more’

David conceded that our language is limited and that there is always much more than we can know. The whole of creation is indeed ‘far more than’. But while conceding that one can speak of a ‘more than’ he was not willing to ascribe this to a supernatural force or being that is ‘more than’ us. He felt that supernaturalism was a product of late iron age thinking and doesn’t fit with C21st understanding of ourselves and the universe. He added that for him the language of music reaches more deeply into his being.

'A' questioned David’s belief that humanists can make good use of the resources of religious language. David suggested that terms like prayer, God, worship and forgiveness could be adapted into a non-theist context. 'A' felt that such words would make it difficult to find a new paradigm for religion because they pull the users back into a sense of ‘leaning on a higher power’.

David said he had no wish to bowdlerise the language of religion nor to create a religion without religious language. He felt the old words would not pull humanists back into the old (supernatural) paradigm because humanists were able to explain the sense in which they used such words. Because they shared the same vocabulary they were able to remain within their religious community. If religious words were dropped then the result would a shrunken, secular humanism. He likes the language of the Authorised Bible, the Book of Common Prayer etc. “You can’t separate the language from its inspirational content”. But if 'A' found a way to do so, he might be eager to follow.

N spoke of Chrism, the organisation for Christians in secular ministry, to which she belonged. Many members of Chrism have found the church’s vocabulary to be redundant in the workplace. She spoke of the importance of story. Chrism’s mission statement talks of recognising the holiness of life in our work and seeing the Christian story unfolding there and only after the “seeing”, being able to retell that story.

E pointed out that the Chrism model didn’t just apply in the workplace. In his experience it was the best approach in mental health institutions and prisons. His aim had been to help people to discern the moral within a story rather than to make people religious. He felt we should encourage people to be reflective and to develop stories with a message which can be shared. We can then learn each other’s stories.

'A' asked if the Sunday Assemblies were an example of new stories told without religious reference.

E felt the SA movement was unfortunate separatism. He accepted that Christian Sunday worship is a problem. It should become a community gathering where stories can be shared and understood.

David asked for an example of a Christian story which could be told without religious language.

N spoke of a firm making redundancies, where the concept of suffering and rebirth might be inspirational. E spoke of addiction stories – where the ‘resurrection’ message translates into having the courage to be reborn.

DP said that he was seen by his workmates on the shop floor as someone to whom they could bring their problems and ask for advice. Although he never used religious language, his spiritual compass in giving advice was based on Jesus’ example – such as the story of the Good Samaritan (Go and do thou likewise) or the Woman caught in adultery (Let him who is without sin cast the first stone).

H said that in offering non-judgemental affirmation to others we are engaged in a religious process. There is no need for religious words.

David questioned whether we were all trying to secularise the Christian message. But if our aim was to draw on the resources of religion and then translate them into a secular world that was different.

H felt that Jesus himself was not religious in his teaching. His movement was about a new way of living within the existing world view.

David said he might use the term post-theist of himself, but he was worried that it implies that ‘the rest of you have yet to catch up’.

N remembered a conversation with her mentor, Bishop Stephen Verney, towards the end of his life as he reflected with her on the mystery and wonder of the flowers in his garden pointing to something deeply spiritual.

David sympathised – one can be ‘lost in wonder, love and praise’ when encountering the natural world, though he wasn’t sure who he was praising.

E reminded us that we humans don’t know everything.

P spoke about her experience in an ecumenical context where Plymouth Brethren and French Canadians had to struggle hard to find a common religious language by which they could express their shared belief. She felt that what is currently ‘other’ or of ‘another dimension’ and not understood may one day be identified. Meanwhile, we continue to use words like Spirit and Energy for the sense of ‘other’ which we feel through music, poetry or dance and motion in nature.

J spoke of her experience with women from other religions, especially Islam. In Gloucester such women had recognised her as someone who would listen in a sympathetic way as they expressed the difficulties they faced living with a patriarchal religion/culture. In this way she feels she may have helped them to find a way through.

J expressed his abhorrence of religious extremism. He went on to tell us about his time working on the railways when he experienced a camaraderie in the sheds. He felt there were occasions when he had been able to get a religious message across in their common language, which was not at all religious.

Summing up 'A' suggested that while we may not be theist in the traditional sense, we mostly feel that the moments of inspiration we feel may be from something ‘other’ or at least ‘more than’ the sum of our previous experience.

David gave us this parting thought, quoting the title of a Quaker Universalist pamphlet: “There is another world but it is this one.”