What does it mean to be an Open and Affirming Church? 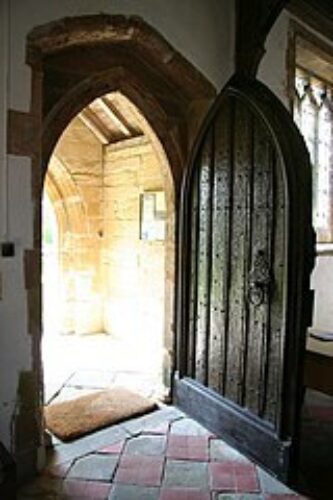 8 of us met today for our July Zoom gathering. We discussed a poster seen outside a church in Kent which listed all the people who were welcome to come to that church and what the church stood for in faith terms. Here is what the poster said:

We are an Open and Affirming Church which means that:

1. You are welcome whatever your belief, even if you find organised religion irrelevant

2. You are welcome whatever you lifestyle or sexuality

3. You are welcome wherever you maybe on your faith journey: believer or agnostic, conventional Christian or questioning sceptic.

4. You are welcome as an equal partner, and we look forward to the ideas and experiences that you can bring

5. We welcome the variety of ways in which human beings have explored the sacred, and have no wish to promote just one approach to Christianity

6. We think that the way treat one another is far more important than the beliefs we hold

7. We think that it is vital to take seriously the intellectual problems which many people have with Christianity, and encourage ways of understanding religion which feed the mind as well as the soul

8. We think that religion must be concerned with injustice and suffering, and see ourselves as a community helping to build a better world, bringing hope to those Jesus called the least of his sisters and brothers

9. We recognise that our ignorance is always going to exceed our understanding, and find more grace in the search for meaning than in the claim to certainty

10. We recognise that our faith entails costly discipleship and conscientious resistance of evil, as has always been the tradition of the Church.

We began our discussion with Number 2

On Number 2: You are welcome whatever your lifestyle or sexuality

H told us about an LEP church that she helped to found in Staffordshire. It was a town centre site and the building was designed to provide a welcome – café on ground floor, sanctuary on the first floor. When they set it up they didn’t realise the costs of being welcoming to all whatever your lifestyle – the vagrants who smelled, the drug addicts. The congregation found it rather disturbing to have the disruptions this brought – people wanting handouts, sleeping in the porch, setting the pulpit on fire. H said we need to recognise our own boundaries if we are to be genuine in our welcome. Some church members did come up trumps, like the church member on her knees tying up the laces of a vagrant.

E and H talked about the challenge of communicating with people who are outside our own cultural experience. E said we should take the trouble to keep up with the vocabulary and technology used by the young. He mentioned the church which organised car boot sales and used the opportunity to chat about faith and pray. ‘A’ thought that the Point 2 was not so much about taking a message out to people of a different cultural background but of how we respond when those people come to us. E spoke of a ‘bag lady’ who came to Rodborough and who was a problem sometimes but equally came out with brilliant insights. He felt the congregation had been brilliant with her.

H said that at her Staffordshire church some in the congregation became more aware of the needs of the homeless. A church member set up an ecumenical group and now they have built a homeless night shelter.

On number 3: You are welcome wherever you maybe on your faith journey: believer or agnostic, conventional Christian or questioning sceptic.

D spoke of the conservative community they have moved to in Somerton where he and J are perceived to be ‘very different’. They have tried to share their some of their faith journey, especially where it relates to where the church members currently find themselves. D wasn’t sure it had gone over well. He spoke of the need in such a situation to be tolerant and generous and to accept the strangeness of others.

J spoke of her friendship with Muslim women in Gloucester, sharing their ups and downs, visiting homes, and how this had led to these same women having the confidence to put on an Arabic meal at Christchurch, Abbeydale. It had not been universally popular with the church members.

‘A’ said that even though some in the congregation may lack the confidence and courage to cross boundaries, they may at least be willing to support those members of the congregation who do have the skills and desire to do this. Being a supporter is still an important role.

On Number 4: You are welcome as an equal partner, and we look forward to the ideas and experiences that you can bring

E thought this should be number 1 but that achieving it was difficult. He spoke of the pigeon holing that had gone on in his previous church when a steward came up to him just before Sunday service. E was working with people who were mentally ill. The steward said, “We got two of yours at the back”.

Some questioned why a church should feel any need to change because of what new people have to say. ‘A’ said that the church is not necessarily being told it must change but rather it should listen carefully to the insights that newcomers have to offer, giving them a genuine chance to influence the church’s practice. Change of some kind will almost inevitably follow.

On Number 5: We welcome the variety of ways in which human beings have explored the sacred, and have no wish to promote just one approach to Christianity

P spoke of the privilege of sharing in the sacred events of other faiths and cultures and how being willing to listen generates a state of grace. It was also important to respect different approaches to Christianity.

E said people were fearful of losing their roots in a multicultural society yet if they really examined their roots they would often find their forebears had been very willing to explore the sacred. D

spoke of a Hindu group with whom he and J had shared sacred time that crossed the religious divide. But the pair made the mistake of having Holy Communion at a service to which the Hindu friends were invited. It was D and J’s wedding anniversary celebration. Sadly, when the bread and wine were brought around, the Hindus were left out of this part and this was hurtful to them. It was not enough that Hindu customs were observed elsewhere in the service.

On Number 6: We think that the way treat one another is far more important than the beliefs we hold

J and D told us of one of their children who is a bit of a misfit, and does not easily conform to the work culture. They pointed out that where he works it is often the Poles and Lithuanians who have shown the greatest compassion. ‘A’ said that it is sometimes the poorest communities who show the greatest sense of community – eg Cinderford. He also spoke of people whose faith is so rigid it leads them to be cruel and unkind. He quoted a workshop at Greenbelt where an evangelical minister said that he welcomed gays into his church so that he could save them from falling off the precipice of damnation.

M spoke of a deacon who told a church member who was living in an unmarried relationship that she could not be a church leader. In fact her new partner had experienced a horrendous marriage and there was no chance that he would marry again. She went elsewhere. E and H gave similar examples – eg a woman who was told she could not even join the choir because she was unmarried.

On Number 7: We think that it is vital to take seriously the intellectual problems which many people have with Christianity, and encourage ways of understanding religion which feed the mind as well as the soul.

J and M both spoke of church leaders who had given them the chance to discuss the intellectual challenges of Christianity. J explained how years ago a priest had encouraged him saying, “You can’t be ‘wrong’; you can say anything”. With Covid his church had started after service discussions at which open minded discussion had gradually emerged. Sadly this had now finished with the resumption of services in the church.

M spoke of the church she attended as a young person. An enlightened lay leader had realised that there were a few similar bright young people and set up a ‘youth forum’ which met every week with a new subject to chew on and where they were encouraged to challenge and argue. As a young mother she had another opportunity to meet with other young couples in a group led by her Methodist minister where they were allowed to thrash things out. This led to a tight knit discussion group. She felt that these opportunities were rare.

H said she had been among radicals all her life. Her church Sunday evening youth fellowship was where she met her husband. But she agreed that such groups are now more conservative in outlook. She referred to the influence of the Christian Union at universities. ‘A’ pointed out that SCM was still active on the more social gospel front and in fact SCM’s CEO is now a co-opted member of the PCN trustees committee.

At our next meeting on August 7th we will look at the final three points, 8 – 10, of the notice about being and Open and Affirming Church