The Radical Jesus for Today - a conversation with John Churcher 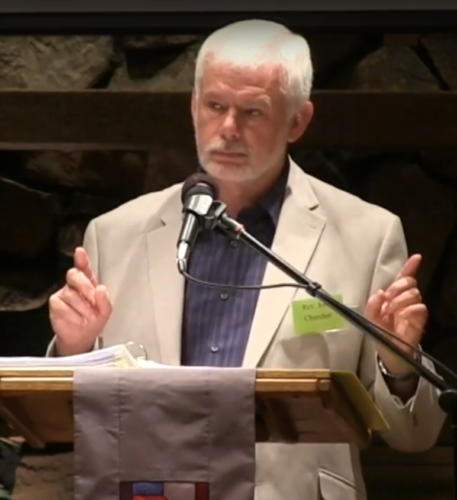 John Churcher is author of 'Setting Jesus Free' and was the chair of PCN Britain for six years. He sent us an article to read before our meeting on April 10th 2021. It can be read here: https://www.pcnbritain.org.uk/...

There were 17 of us who gathered via Zoom to hear John, our largest gathering on Zoom so far. This included 5 visitors whom we were very pleased to welcome. .

John started by quoting the Buddha – which I paraphrase – “Don’t believe anything because wise people tell you, go by your own experience”. According to John, most people in the world are not looking for a religion where the hierarchy tells them what to believe in the form of creeds etc. In our postmodern world, especially one emboldened by the pandemic platform offered by Zoom, everyone wants to discover life’s truths for themselves. The traditional mega-stories are dead. Unless the church understands this, it is doomed.

For most young people, he said, theism is already dead or dying. But seeking to live a generous, compassionate, self-sacrificial life is not dead. Church leaders need to create new worship sessions with diverse contributors, where non-standard beliefs are given value and the priest is not the conduit of an orthodox hierarchy.

John emphasised that Christians who follow Jesus will love the sick, the stranger, and the prisoner – ie those who are considered marginal, without worth. (Matthew Cha 25). Jesus spent the vast majority of his ministry in the company of the poor and outcast. John said that Jesus’ cultural roots were in the 2nd Temple Jewish community where the emphasis was on maintaining purity which is achieved by keeping all the 600 odd laws in order to gain God’s favour. He sees Jesus as a Pharisee within this system who rebelled against the purity religion because it consigned most Jews to ‘worthless’ status. After the reply from the Phoenician woman that ‘even the dogs eat the scraps from under the master’s table’ he extended that rebellion to include gentiles. His insight was that God cares for everyone not just self-righteous Jews.

Furthermore, John said that Jesus did not die for our sins. He was executed because of his rebellion against the religious hierarchy of Roman vassal Jews, and by inference, therefore, the Romans themselves; he was fomenting insurrection, in their eyes.

John was asked how he answered evangelicals who would say he has strayed too far from Biblical truth. Another member asked what John meant by saying that people need to invent Jesus for their own times.

John answered by saying that he has given up arguing with evangelicals. They are entitled to their view and he to his. His draws on current Biblical scholarship, especially the Jesus seminar. He added that research in the US shows that many of the evangelical mega-churches are haemorrhaging members. On the second question, he spoke of setting Jesus free from the contextual interests of those who wrote and later interpreted the Bible, noting also that many other texts were once available not just the Biblical cannon. Theology has always evolved and often in ways independent of the Gospels – eg Luther, Calvin, and notions such as original sin. But he accepted that there is a danger of inventing a Jesus in our own likeness which is why he advocates that we should find groups where we can learn from each other’s insights and share our own beliefs without fear. He referred to Jim Palmer, former mega-church minister, who left to set up a house community in Nashville, where the focus is on living out the compassion shown by Jesus, taking care of the hungry and poor. He also mentioned Gretta Vosper’s church in Toronto, where she has declared herself an atheist but where the sacred is found in their care for each other.

Someone in our group spoke of faith being like people standing under a waterfall catching water in a thimble. Each individual has only a drop but together we can create a sea of faith. She thinks that Zoom has broadened the field allowing more drops to be gathered. Each person’s understanding is important. In the end there will always be mystery.

John agreed, but feared that the church is too much wedded to its hierarchy, where the top controls the beliefs of those below, and where those who dominate only allow ideas which allow their domination to continue. Those who would turn their collar around must be servants of their community.

In reply, the group member said that even in a hierarchy there was nothing to stop small groups forming where the hierarchy does not dominate. The problem is that we let the hierarchy dominate us.

Another member said that everyone here is part of the hierarchy because we are all liberal book readers. What the church is now seeing is a lurch to the right in the search for greater ‘success’.

John accepted that churches which preach certainty appear to do well. The pandemic has led more people to join their Zoom services, perhaps out of fear at an uncertain time. But will they stay with it after the pandemic is over?

The member replied that Gretta Vosper had made a list of the things that the church needs to give up if it is to address the needs of our current world, not those of 30 or more years ago. He admitted that even in his own ‘adventurous’ church, there is still the feeling that they want to keep the organ.

A young visitor who is at university in Brighton, was asked for a young person’s view. She said that for her each individual has to decide what they mean or want from the word God. But she keeps seeking and her ‘brave, bold and creative’ instincts are leading her to try to find the right reference point. So she asks of existing institutions how they connect with her wish to express love in their faith. It’s about the search to find a place in the world, more than to reach a conclusion. And finding the courage to let go when necessary.

John said that too often you couldn’t get to be a minister unless you toe the line. He agreed with the point made earlier about the lurch to the right, adding – the hierarchy in now saying “You liberals let us down in the 60s – we’re now taking the church back”.

The student said she would like to see pop-up churches, where people agreed to meet for 3 months, during which time they would build and support each other in the skill-set of compassion and then close the church to ‘do’ Christianity rather than go on talking.

John sympathised, he thought another forum for the pop-up philosophy might be shared meals, bringing together neighbours of all faiths and none. We have to believe that things can be better, but we need compassion and vision. He had no desire to protect the church. He mentioned examples of injustice that he feels passionately about – corruption of procedures by the government and the scandal of British Gas sacking its engineers only to re-employ them on lower salaries.

Is there a danger of becoming ‘compassioned out’? John said we need to get a balance in our lives so that we don’t get overcome with guilt about what we are not doing to fight for justice, peace and love. We do some activities for ourselves, not for the common good. He attacked the tradition in church of making out that we are all miserable sinners – he called it psychological abuse. But he reminded us that we are lucky to live in an earthly heaven compared to so many whose lives are lived out in poverty, war and the effects of climate change, and he asks himself, ‘what am I doing about it?’

A member said that we have to accept ourselves – in order to love ourselves. This may mean making some changes in our own lives. John added that if we acknowledge our own need for love we will better understand the needs of others who are marginalised, the unloved of this world, the kind of folk that Jesus stood up for.

Next time (May 1st) Eric will talk about Gretta Vosper’s list of things the church must give up. After that, in June (5th), our speaker is Martin Camroux, the chair of the URC founded, Free to Believe group. He will talk about the themes in his book, Keeping Alive the Rumour of God