Keeping Alive the Rumour of God 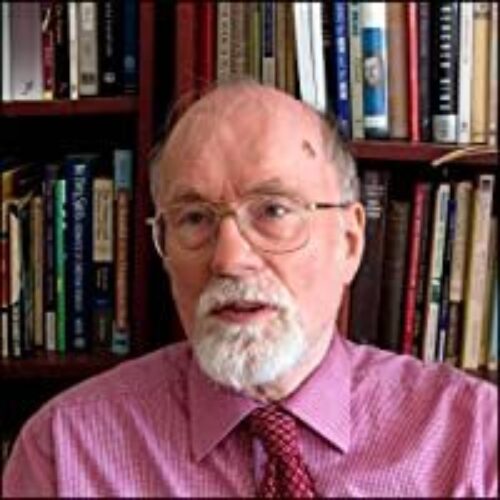 Martin Camroux, author of Keeping Alive the Rumour of God and the chair of Free to Believe, spoke to Progressive Christianity Gloucestershire on Saturday June 5th 2021

Martin outlined three propositions he would be developing

Martin said that modern society no longer has a shared religious narrative. There is a big hole where the Almighty Father used to be. Most people under 60 have little idea of the stories, images and nature of Christian worship. Weddings and funerals in church are increasingly secular. The most popular song played at funerals is My Way by Frank Sinatra.

The idea that God is a being like us but nicer and who makes periodic interventions is untenable. It leads to the notion of a God who chooses who to save. Two examples. In Ghana they pray for travelling mercies. The car in which he was travelling crashed – he was the only person not to end up in hospital. Far from an unanswered prayer they said God had saved him because he was the minister. Such a God is unacceptable to Martin on grounds of being incredible and also immoral.

He also told us about Taillard de Chardin who was a chaplain in WW1 and who claimed that when a shell missed the trench where he was hiding with 5 other French soldiers it showed that Christ had meant them to live. Martin rejects the idea of a God who bends the trajectory of shells to save some while condemning others.

So what kind of God does Martin believe in? He told us about Paul Tillich who experienced the devastation of Verdun in WW1 as a German army chaplain. Unlike de Chardin he was broken by the carnage and the folly of a Brigadier who told his soldiers that if they prayed, God would protect them from enemy fire. Tillich found the idea of an interventionist God incomprehensible and outrageous. He rediscovered a faith while looking a Botticelli’s painting of the Madonna with Child and Singing Angels. To quote Tillich, “In the beauty of the painting there was Beauty itself”. And so Tillich developed the idea of the Divine source of all things. In that transcendent moment he found an ability to wonder at life, a vision of love overcoming hate and hope overcoming despair. Even in the face of terrible evil we can still choose light and beauty. Death has no power over love. Love is stronger than death. This is what Tillich came to call God beyond God.

Martin said God is that which creates a spiritual presence within art, music or a landscape or a relationship. It gives life sense and meaning.

E queried how Martin could be sure that his own spiritual experience was the same as Tillich’s in front of that painting. P said that the spiritual experience described reminded him of Tenjo Hopkin’s experiences as a Buddhist (a previous speaker). Martin said he did not know enough about Buddhism but as regards Tillich, he said the sense of ‘something greater’ felt by Tillich was something he had felt himself.

A asked whether the idea of being loved by God made sense if God is the source of spiritual presence. Martin thought it did. “God loves me like the crucifixion. We are moulded by God’s love”. Eg when his first marriage broke up he suffered a sense of desolation. What he then experienced was a sense of being upheld by grace, which supported and renewed him. While he believes in God he does not claim to know what God is. But he was sure he felt this grace.

R asked how he viewed prayer. Martin said it was a chance of being in communion with Ultimate Reality. It was not ‘please God do this’. But rather opening oneself to something greater than oneself.

R spoke of a time her son suffered a serious head injury. On the ward were even more injured children who would never leave the ward. So when her congregation spoke of their prayers being answered because he came home OK, she found it uncomfortable. Yet knowing that people were praying strengthened her relationship with the congregation and with God.

Martin thought that despite rejecting the notion of God choosing to save child A but not B, there was still room for thank you and adoration and glory.

C asked if he believed in a God of creation. Martin said that this was beyond his ability to judge but he did value the creative factor in his own life. He spoke of the profound myths in the Bible and how Christianity was about stories. He thought he could allow everything in the Bible to be story and not fact except perhaps the existence of Jesus. The stories contain living truths. In Handel’s Messiah the truth is also in the music.

C asked “What does the Truth say to you”. Martin answered, “That life has a Love at its centre that renews”. “But is also kills” said C. “Yes”, Martin answered. “Without the bloody reality of the crucifixion, which embodies the reality of life and evil, how could we take seriously the victory of Love?”

R asked whether, if it could be shown there was no God, or if he lost his faith that there is God, whether it would change what he believes. Martin said it would show that his philosophy of life was wrong. He added that because God is not an object it will always be impossible to prove whether He does or does not exist. Upon being pressed he added that if God was not real, then there would be no Ultimate Reality and there would be no victory of Love. He said that we do not live in a purely materialist world – he disagrees with Hawking who said “the human race is just a chemical scum on a moderate sized planet”.

M asked if Martin had any affinity with those who claim to be spiritual but not religious. Martin did not. He found SBNR thinking vague because it was founded on spirituality as something the individual thinks up for his or herself. He said that he is a church person. For him it is about being in a community not being on one’s own having Holy thoughts.

E asked about his thoughts on the Trinity. Martin said the Trinity was problematic concept for people but he thought that it is beneficial to have a range of different ways to think about God, and the Trinity is one that has its uses, though most people don’t get it.

A asked if he was tempted to drop the word God. Martin said Yes and No. He thought the word ‘God’ would be difficult to replace and if he dropped it in his preaching it would lead to misunderstanding.

Asked by C whether he would equate God with the Spirit of Love. Martin agreed that when we experience love we experience God, but he was cautious about all definitions. “We are on the edge of mystery, touched by a Love that redeems. Life is not materialistic”.

E returned to the theme of community. Unless the church created community it was done for. Martin said that many see the church as hypocritical, homophobic, and abusive. Some even think that the doctrines of the church are wicked.

R wondered how he explained the success of evangelical megachurches. Martin agreed that they often do well, as have white charismatic churches. He thought churches whose culture was closer to a younger generation were more likely to succeed. He added that it has become harder to be a ‘thinking’ Christian, especially as most of the people around us don’t share our beliefs. For some it is simpler not to try to ask questions and for them a church that doesn’t question faith is what they want. In contrast, he said that liberal churches have the problem that there is often no passion to their faith. He quoted Richard Holloway,

E thought that the key message of a liberal church is “equality”. Martin agreed a good church would be genuinely welcoming to all, including those of other races, sexuality etc.

The conversation ended with a short discussion of how different denominations have dealt with sexual questions such as gay marriage and cohabiting priests. The Methodist Conference is about to vote on these issues.

Is and Open and Affirming Church possible - part 2