Jesus Then and Now - the final three chapters 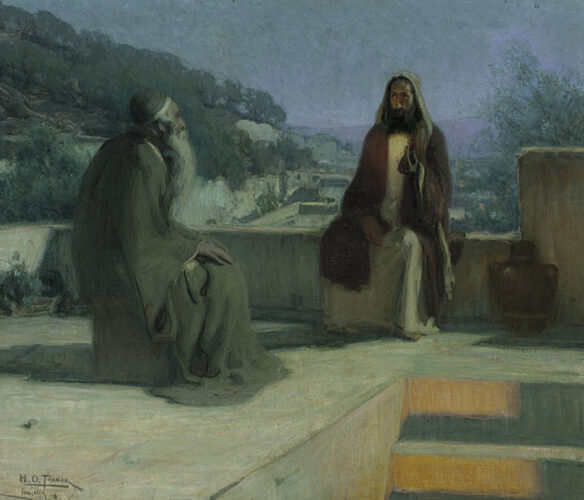 Twelve of us met to talk about the final three chapters of Jesus Then and Now by John Simmonds. The focus of these chapters is what it means to follow the Way of Jesus and what motivates us.

Eric Massey led us for this session. He said that the early church was an example of what following the Way means. R saw it as a ‘way of being’ – something best viewed in holistic and habitual terms. She agreed with John Simmonds’ observation that following Jesus’ way was not a matter of either belief or feelings. It does not require you to have an emotional, ecstatic type experience. Everyone is different.

It was suggested that the Way might be seen as an exploration – led by a commitment to travel the Way, learning what it means as you go along. Having too clearly defined a path is not beneficial.

Eric thought that to decide to follow had two requirements. 1. You have got to be free to do it. Not everyone could walk away from their job like the disciples, though some still do. 2. You need to feel that your leader has something different to offer, something that you are looking for and respond to.

We discussed the prophetic nature of Jesus’ ministry – offering a warning and a promise. N pointed out that Jesus was also seen as a Messiah, the person in whom the promise would be fulfilled. She thought the early Church took on board the Messianic person of Jesus first and came round to trying to live out his teaching in consequence.

A said that while that made sense for the early Church, he found his motivation in the teachings of Jesus.

R showed us an image of Jesus which appealed to her. It was used in a session with her church. It showed a young, casually dressed man pointing down (in a blessing) at a MacDonald’s burger. Later N showed us an image of a black Jesus in an African setting attending a wedding – a version of the Cana wedding story.

P feared that the traditions and doctrines of the Church obscure the essential meaning of following the Way and he longed for the Church to get back to the roots of the Way.

H thought we need to find our own meaning of ‘following the way’, getting help from wherever we can. The key lesson from Jesus was the way he welcomed those who were marginal in his society.

P contrasted this kind of welcome (for the disadvantaged and broken) with the Essenes who tended to lock themselves away seeking perfection.

Eric illustrated the socially radical Jesus using the example of his support for widows, who were often wronged by priests who effectively stole their money.

Eric then asked who gets the blame for the crucifixion. Judas? Eric thought that Judas didn’t expect the authorities to kill Jesus. N pointed out that it was the Romans who killed Jesus and that it wasn’t unusual for them to kill Jews. P spoke of Jesus allowing himself to be crucified.

A said that the Easter narrative of sacrifice and salvation was a belief of the traditional church but one that he no longer found helpful. He felt Jesus’ death sentence arose purely out of the actions taken by Jesus and by his supporters. Eric pointed out the provocative symbolism of waving palms – something done for those who have conquered.

M thought it unfortunate that the Church so often insists on its favoured narrative and that what matters is the outcome in terms of following the Way. N felt that the CofE was quite good at tolerating differing beliefs, giving an example of taking tea with a Sea of Faith member and an Evangelical and having a calm conversation with both about her sermon. Pamela also mentioned good tolerance between different points of view in student circles.

N quoted the motto of Chrism (the organisation for ministers in secular employment) which speaks of celebrating the presence of God in the workplace and among the people we are working with. She thought the injunction to return to Galilee symbolised this worldly involvement.

H spoke of being at Taize soon after the fall of the iron curtain and of Lithuanian Christians who had never seen a Bible being moved to tears by hearing the parables and stories of Jesus for the first time, such as the story of Zacchaeus. Eric compared this to the miners who on hearing the preaching of George Whitfield felt for the first time in their lives that they had value.

N spoke of the rich young man whom Jesus told to sell his possessions and give the money to the poor. A compared the challenge of living the Way to the Quaker notion of living authentically - the need to make decisions based on the values indicated by Jesus’ life and teaching.

R compared the Way to a pilgrimage – where the destination is not key but where we pick up people along the way. Each of us will have very different experiences of this pilgrimage. N spoke of the literal pilgrimage that she undertook – the Camino. M suggested that picking up people was more a case of limping along together. This comment received nods all round.

Andy thought of discipleship as following the way of the Master.

He added that the early church attracted main Pharisees rather than Sadducees. The Pharisees, unlike the Sadducees, believed in a bodily resurrection after death and the existence of angelic spirits.