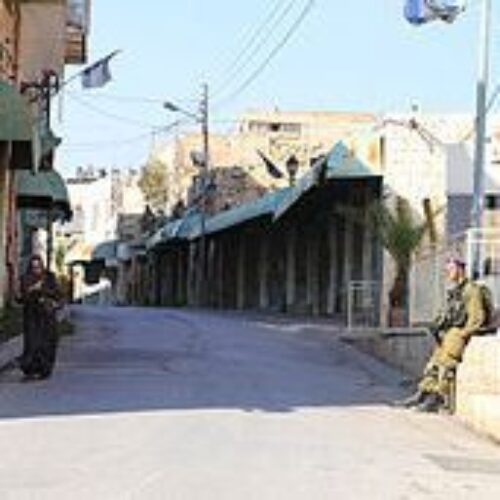 We had an enjoyable and informative meeting on Saturday 4th July. David Goodban spoke well (using Zoom) about his experiences as an EAPPI observer in Hebron where he helped Palestinian children get safely to school, and Palestinian workers get safely through checkpoints to work. He showed us many of his own photographs and some maps he had collected. Hebron is unusual in that there are about a thousand Israeli settlers living in individual blocks of flats and houses in the very centre of the old city – which is run under Israeli military rule. The soldiers have made many of the streets there off limits to the Palestinians even though they’ve lived there all their lives. There were some good questions afterwards which David answered in a well-judged and knowledgeable way about a tragic situation which seems unlikely to get better anytime soon. I’ve sent back a glowing feedback form to EAPPI.

David promised to send us the details of how to sign up for EAPPI’s regular newsletter should you wish to keep totally up to date. I also asked him to share with us how he became interested in Palestine and he has sent us a few lines on the subject. Here is his reply

1. To get the EAPPI update email sign up here: Newsletter signup You can also read blogs from the volunteers at https://www.eyewitnessblogs.com .

2. My interest in Palestine…My great uncle Sir John Hope-Simpson wrote a report in 1929 on Jewish migration to Palestine for the British government. I have lived in the Arab world for relatively short periods and travelled there a lot in the 1970s on business but until the opportunity arose to do something useful I hadn’t wanted to visit Palestine…for example as a tourist. I think I was wrong about that and could have for example gone and picked olives years ago. Anyway I absolutely recommend the training and support for the programme which was excellent - thorough, professional, even handed. If you get a chance to go or recommend it to others then please do.

Next month (Saturday August 1st) I hope you may be interested to talk about the new series of films that PCN has made by way of outreach to get a new generation to think about Christianity. PCN considered going down the route of creating a British version of Living the Questions but this set of ‘shorts’ is aimed at a much younger audience. Each film comes with a few questions to stimulate discussion, but there is nothing prescriptive about them. The films aim to allow the stories to speak for themselves. Each asks a question about how ‘church’ might be re-envisaged. The films can all be watched by streaming them from this website: https://madeofstories.uk/. I suggest we should try to view all five in the next four weeks – they are only 5 to 7mins long. Then nearer the time I will write to everyone to ask which two you would particularly like to talk about on 1st August. When you get to the website, you need to scroll down a bit in order to find the links to the films. And when you get to each film, there’s an introduction to read before you get to the video.