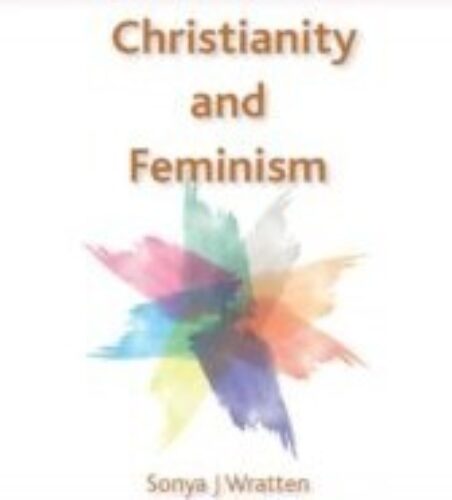 At our September meeting we discussed the first half of this short book by Sonya Wratten. These 19 pages give a historical perspective regarding the influence of women within Christianity and Christianity's attitude to women. The conversation focussed on how things are today - whether we have taken on board the lessons of the past.

The general feeling was that in this country at least, though things are far from prefect, they are a lot better than in even the recent past. Women’s talents are beginning to be recognised as what they are (e.g. in women’s football). Nevertheless, discrimination still exists in sport. Women athletes were tested at the Olympics for their levels of testosterone without distinguishing between natural and chemical forms of the hormone (which can be easily detected); male athletes with genetic advantages were accepted without question.

Our group had no time for complementarianism, perhaps seeing it a smokescreen for discrimination. What matters is whether the person in question has the right qualities for a job without making gender-related assumptions.

In the Church, women still do not have equality. Whilst some denominations have women at their head, others are still very male-dominated. In the Church of England parishes are allowed to refuse the ministry of women even 30 years after the first ordinations. In the Roman Catholic Church male priesthood is hotly defended. There are instances of discrimination in ministry appointments, in meeting women are talked over and talked down, and many church councils have a majority of men when the congregation consists of a majority of women.

Gender and sexuality issues in the Church really revolve around child-bearing or the lack of it. Thus, if you are unable to bear children you are not a real woman, and homosexuality is a sin. The Daughters of Jerusalem mourned not the imminent death of Jesus but the fact that he left behind no children; these women were berated by Jesus.

Women have been airbrushed from history. There must have been some who created masterpieces of art, music or writing. Similarly with the Bible. Some must have written psalms or proverbs, yet the two books about women, Ruth and Esther, are often glossed over as insignificant. The texts which down-play the role of women are given undue weight in many situations despite the example of Jesus. He himself displayed an acceptance of women’s equality, for example in choosing to talk to the Samaritan woman at the well, to the astonishment of his disciples.