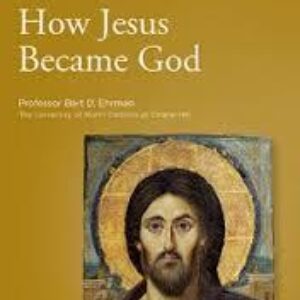 This lecture series is presented by Professor Bart Ehrman of the University of North Carolina who is author of the best selling book Misquoting Jesus.

The early Christian claim that Jesus of Nazareth was God completely changed the course of Western civilization. In fact, without the Christian declaration of Jesus as God, Western history as we know it would have never happened.

If Jesus had not been declared God, his followers would have remained a sect within Judaism, and the massive conversion of Gentiles, the Roman adoption of Christianity, and the subsequent unfolding of the Middle Ages, the Renaissance, the Reformation, and modernity would never have taken place. For that reason, the question of how Jesus became God is one of the most significant historical questions of Western civilization.

This world-shaping occurrence, viewed historically, was monumentally unlikely. Within Judaism, there could be no question that Jesus was not the Messiah, who was envisioned as a powerful warrior-king. Jesus’s own followers, in fact, did not conceive of him as divine during his lifetime. His crucifixion, ignominious and degrading, ended his life in a way reserved for the lowliest criminals.

And yet—within a short time after his death, this crucified “enemy of Rome” was named the Son of God and the savior of humanity, and within four centuries he was believed by millions to be coequal and coeternal with God the Father.

How could something this unforeseeable, this improbable, have occurred at all—much less with a momentum that would shape Western history? What exactly happened, such that Jesus came to be considered God?

Back to DVD Library