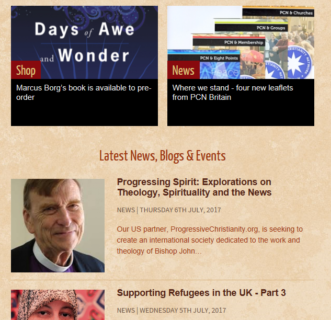 Some of the changes you may have already noticed.

Our web-designer, Steve Ireland of Ivyparkmedia, brought his considerable skill to this task, which is known as mobile optimisation. It is not a simple affair because there were a myriad of decisions to be made about how information should flow across a smaller screen and each of these brings with it the need to create new designs.

For example on the desktop display we continue to use a coloured background to the text. But you will notice that when you are using a mobile phone, the text has a white background, making it easier to read on the smaller screen. On tablets there is coloured background but it is lighter in shade.

A similar decision had to be made about our use of tabs for the main menu options, as we do on the desktop display. We found that to include all ten tabs on a mobile phone took up too much space if they were going to be big enough to stab with your finger. One solution was to hide the options behind a so called hamburger symbol – three parallel horizontal lines which indicate that a drop down menu is available. But would the audience instinctively know what a hamburger symbol represented? When we began the redesign fifteen months ago we weren’t sure, but over the last months the hamburger has become so commonplace that we knew we could use it with confidence.

So what we have now is a website that comes with three different faces. The ‘desktop’ is what you will see on a normal PC. Then we have two versions for mobile devices, the fully ‘phone compatible’ smallest version and somewhere in between, the tablet version.

We hope we’ve not only given mobile users an easier time, but in the process have brightened up the website for all users. For example we felt that the Current Highlights section on the Home Page wasn’t working well, so we’ve completely changed the look.

We realise that any redesign will throw up some oddities and anomalies which may not be immediately obvious until the new design has been put to the test. So if you come across something which you feel isn’t working right, please get in touch by emailing webmaster@pcnbritain.org.uk