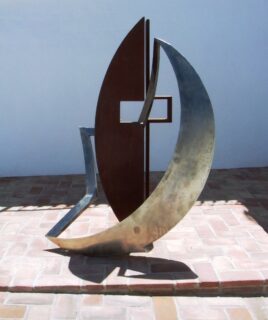 Breaking new ground, the book reflects on the causes of dysfunctionality – historical, political, theological – and offers healing through a theology of deep respect and sense of equality. Therefore, the book is not a series of disconnected essays commissioned at arm’s length; rather, each chapter has been written out of the group experience, where every word has been probed and revised in the demanding process of the dialogue itself.

All the contributors work within the living institutions of their respective communities and yet are committed practitioners of interfaith dialogue. They bring a passion and an awareness of being on the front line. The book faces issues of religious identity, truth, violence and critical thinking with both honesty and mutual care. Further, no Jew, Christian or Muslim can avoid the great international issues in which the three Abrahamic traditions are caught up and which potentially reveal religion at its most ugly and divisive. Beyond the Dysfunctional Family reads as members of a long-estranged family explaining themselves, listening attentively to each other and searching for that space in which each can stand in loving acceptance of religious differences, a shared God and a common vision for Britain.

The book can be purchased from the PCN online shop

The front cover image shows a metal sculpture as public art, with entwined symbols from the three traditions (star of David, cross, crescent moon), from the village of Frigiliana in Andalucía, Spain.