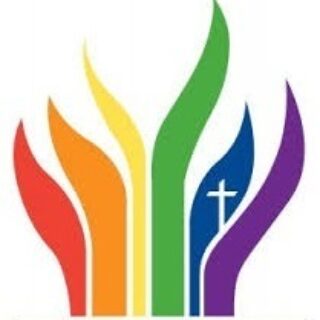 What to do about ordination? A gay divinity school student ponders her future

After finally accepting her call to preach, Spencer Cullom took a step of faith and began the yearslong process to become ordained in the United Methodist Church.

She believed God called her to become a United Methodist minister. And she hoped that her denomination would drop its restrictions against LGBTQ clergy and allow her to follow that call.

"If the language in the Book of Discipline doesn't change, I will not go through with this," the 29-year old Duke Divinity School student vowed in fall 2017 when she sent a letter to a church official declaring her intention to begin the ordination process.

A ruddy-faced brunette with long, wavy hair and an easy smile, Cullom is a lesbian, and her denomination's rule book — called the Book of Discipline — bars "self-avowed practicing homosexuals" from being ordained. It also calls the "practice of homosexuality … incompatible with Christian teaching."

In February, the 12.6 million-member denomination decided to strengthen its LGBTQ clergy ban.

Last week, in Evanston, Illinois., the denomination's top court ruled on the constitutionality of the recent vote to strengthen the bans against LGBTQ ordination and marriage. The vote was ruled legally valid; new penalties on clergy violating the rules will go into effect Jan. 1.

A copy of the Book of Discipline rests on a table during a UMC Judicial Council meeting on May 22, 2018, in Evanston, Illinois. (Kathleen Barry/UMNS) Few were watching the ruling as closely as LGBTQ seminary students whose calling and livelihoods are dependent on the outcome of the court's ruling. Next month, about 200 students at United Methodist-affiliated theological schools will don cap and gown and accept a Master of Divinity diploma — required for all United Methodist ministers. A few dozen will be LGBTQ.

In the face of so much uncertainty, some of those seminary graduates will seek ordination in other denominations. They might turn to the Presbyterian Church (USA), the Episcopal Church, the United Church of Christ or the Evangelical Lutheran Church in America — groups that have amended their rules to allow LGBTQ ordination. Others may try chaplaincy or work for religious nonprofits. As Cullom put it bluntly: "Everybody's in chaos. I have no job, and I'm graduating in May."

The United Methodist Church is the only church Cullom has ever known. Born in Charlotte, North Carolina, she was baptized at Myers Park United Methodist Church, one of the city's largest and most prominent congregations. When she was 10, her family moved to Georgia and joined St. Andrew United Methodist in Marietta. Church played an outsized role Cullom's upbringing. She sang in the youth choir and later in the adult praise band.

She grew up knowing she had a long Methodist pedigree. Her parents and grandparents are Methodist. And she counts among her great-great-grandfathers the Rev. Jeremiah W. Cullom (1828-1915), a Methodist circuit rider from Tennessee who published a journal about his itinerant ministry called "Warm Hearts and Saddlebags."

Cullom came out as a lesbian during her senior year at LaGrange College, a United Methodist-affiliated school about 90 miles south of her home in Kennesaw, Georgia. For a time, she was engaged to another woman, but broke it off before seminary and has not had a partner since. "My parents were fantastic through that," she said. "They were always open and accepting and loving." But reconciling her sexual identity with her faith was a lot harder.

She had long conversations with a campus minister to help her read the Bible through a lens of love, instead of focusing on "the clobber passages," she said, referring to those biblical verses that call homosexuality an "abomination."

After graduation, she took a job in the circulation department of Youth Today, an online publication for people who work with teens. She was still figuring out how to integrate her sexual identity and her faith when she said she heard God calling her to go to seminary.

She visited Wesley Theological Seminary in Washington, D.C., Candler School of Theology in Atlanta and Duke. At Duke Chapel she heard a sermon about how the United Methodist Church was wrong to deny some people leadership positions. "Yes, that's 100 percent it," Cullom thought and decided she had picked the right school.