The Guardian calls Pope Francis: a voice in the wilderness 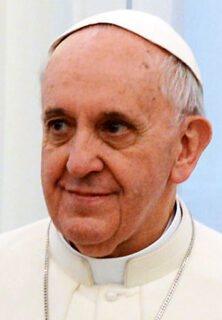 he has denounced the use of the islands (Mauritius) as a tax haven, calling it “an idolatrous economic model”

Tue 10 Sep 2019 10.12 BST The Guardian writes: Pope Francis has been visiting two of the poorest countries in the world, but on the way he took a moment to attack his enemies in the richest. Handed a book by the French journalist Nicolas Senèze, which recounts the efforts of a rightwing American clique to force him out of office, he described it as “a bomb”, and said that it was “an honour when the Americans attack me”. There was no mistaking the depth of the split within the world’s largest and most important Christian church. In the developed world, and especially in Europe and North America, organised Christianity is collapsing, particularly among the young. This is as true of the Catholic church as of any other. In this country its numbers are maintained by immigration, and its morale, at least in part, by a policy of avoiding largely empty churches by using only enough to keep them full; in the US, lapsed Catholics are numbered in tens of millions. In all these countries, religious affiliation falls with every generation and there is no end to the process in sight. The response of the clergy and the most engaged laity has been a frenzy of self-blame. In Germany, France and the US, the church has been divided into liberal and conservative parties, each of whom blames the other’s doctrines for both the decline in numbers in general and the clerical abuse scandal in particular. The resignation of Pope Benedict XVI has added to the strains on the church. It is the first time since the 14th century that there have been two popes living. No matter how little Benedict may wish to divide the authority of his former office, he has become a focus of discontent for conservatives. The Italian far-right politician Matteo Salvini has posed with a T-shirt that says “My Pope is Benedict” as part of his campaign against immigration. This is part of a wider pattern in which Catholicism is reimagined as a guarantor of European identity against Islam. That line has been pushed by Donald Trump’s former adviser, Steve Bannon, who tried to weld together rightwing politicians and theological conservatives within the Catholic church. This year, though, the alliance has frayed, since the conservative clergy, with very few exceptions, see the real enemy as secularism rather than Islam – and in international gatherings, the Catholic church has allied itself with Muslim conservatives against reproductive rights for women. Cardinal Raymond Burke, who has accused the pope of heresy, resigned from Bannon’s Italian institute where future leaders of the alt-right were to be educated. Pope Francis remains determined to reorient the church towards the global south, where it is still growing at impressive rates, especially in Africa, and to place it on the side of the poor. In Mozambique and Madagascar, he has argued for reconciliation between competing factions. In Mauritius, he has denounced the use of the islands as a tax haven, calling it “an idolatrous economic model”, and appealed to the government to “promote an economic policy focused on people and in a position to favour a better division of income”. However little the church seems to matter in the developed world, there is no spiritual leader making these arguments against unrestrained capitalism and environmental destruction as forcefully and to such an audience as Francis does in the global south today.