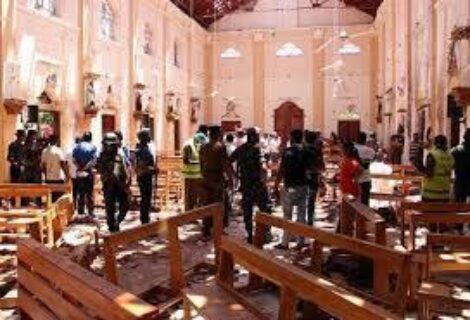 PCN Britain adds its own sorrowing voice to others who strive to convince a sceptical and weary world that religious faith does have the power to transform for the good both individual lives and the life of communities. Yet in the face of this terrorist activity, all religions suffer from the understandable accusation of being dangerous and that there is no place for religious ideology in the twenty-first century.

For decades theologians such as the late John Hick have written about the need for a pluralistic approach to religion in an ambiguous world. They have seen a search, in different religions, for ultimate reality and truth and consequentially have encouraged a path of dialogue between faiths which has been a constant feature of religious conversations both at the international and local level.

Yet since 9/11 and the last two decades of violence and killings, perpetrated by organised movements such as Isis, there seems to be across the world a much greater intolerance towards people of faith other than one’s own, be it in the rise of antisemitism, the persecution of Christians in many parts of the Middle East, the rise in Islamophobia in many western countries and now this appalling loss of life in Sri Lanka.

No wonder then, that a number of theologians have turned their minds to asking the more daring question, ‘Is Religion Dangerous?’ This was the title of a book by Keith Ward published in 2006 and more recently John Bowker has written ‘Religion Hurts, Why religions do harm as well as good’, published last year. It is unsurprising that academic theologians do distinguish between ‘good’ and ‘bad’ religion when it comes to how religious sacred texts are handled and critiqued. Unsurprising too that religious faith, like any ideology, has a power within it to attract both the saint and the sinner, the searcher and the fanatic.

Progressive Christianity unashamedly sees in the person of Jesus a life lived compassionately and generously to those who have a different religious outlook. Progressive Christianity accepts the critical approach to foundational texts and, in affirming the plurality of ways in which the sacred is both understood and experienced, is open to the exploration of all religions and approaches which seek to achieve the best for humankind.

A few years ago I spent just a few weeks in Sri Lanka, as a guest of the Anglican dioceses there. In meeting Christians of different denominations I saw the good being done for the many poor and needy in the population. I saw churches working for justice for tea pickers, churches meeting the needs of disabled people. In centres such as Kandy I saw how Christians and Buddhists could co-exist. Despite the legacy of a war between Tamils and Sengalese, in which over 100,000 people were killed, I heard of heroic efforts by different faith communities to bring peace and reconciliation.

The massacres (for such they surely were) of Easter Day rightly angers us and calls for the authorities to exact severe punishments. It calls on all faiths to uphold that their God is a God of compassion and mercy and to resist all forms of violence. The sixth of our eight points states that ‘knowing the way we behave towards others is the fullest expression of our faith’. May that be so for all the people of Sri Lanka at this time.