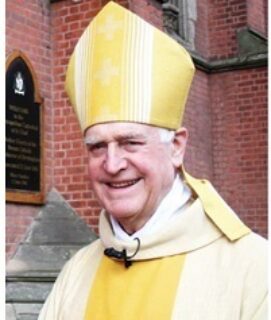 Catherine Pepinster, former editor of The Tablet, reflects in The Tablet on the Independent Inquiry into Child Sexual Abuse (IICSA). .- a few, of many, disturbing issues, are noted below in extracts from her support.

While the details revealed of the abuse suffered by individuals are horrifying, the inquiry went much further. It exposed the extent to which the abuse crisis in the Church has been deepened by the institutional response of those in positions of power. A culture of clericalism, secrecy and authoritarianism was laid bare. It became clear how little money is spent on safeguarding. It revealed conflicts between national organisations and those at local level, the struggle of staff to cope with their workloads and their lack of up-to-date knowledge about abuse.

What is now apparent is the extent to which efforts by the Church to improve child protection through the recommendations made in the Nolan Report in 2001 and its follow-up Cumberlege report six years later did not necessarily lead to improved systems at diocesan level. A recent audit of Birmingham carried out by the Social Care Institute of Excellence (SCIE) found that record-keeping was poor, and there was no complete record of all its volunteers in the parishes.

While many of the cases of abuse discussed occurred between 1982 and 1999, when Maurice Couve de Murville was archbishop, the inquiry focused on the response to survivors of abuse who had come forward in more recent years. And what emerged was that the interests of the institution were still being put first.

There was worrying evidence from Eileen Shearer and from Adrian Child, former head of COPCA’s successor, CSAS, that Birmingham’s safeguarding officer, Jane Jones, had shown hostility to their organisations.

A SCIE audit found recently that Birmingham’s senior clergy and protection team still did not understand the impact that abuse has on victims and their families.