Shaping the future of the Church of England 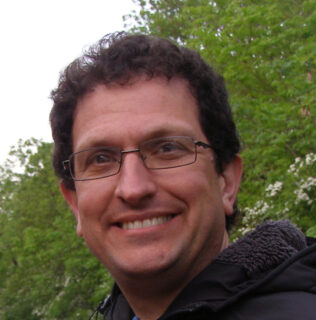 Looking ahead to the 2020 General Synod elections

Should same sex couples be able to marry in church? How can the church respond to the climate emergency? What safeguarding rules should the church have to protect children and vulnerable adults? How do we equip the church for the challenges of mission and ministry in the 21st Century? Do you ever find yourself asking these questions? And do you wonder who in the church is responsible for answering them? In the Church of England the big questions of the day are debated by the General Synod, the national assembly of the C of E. It can seem like a remote body, with little effect on the churches work on the ground and no place for ordinary clergy and churchgoers, but that is a common misperception. Many significant changes in how local churches operate come from decisions in General Synod, and the policies of the national church are shaped and decided in Synod. Next year will be a big year for General Synod as its members are up for re-election for their next five year term. Any licenced priest and any lay person on an electoral roll and regularly going to church can stand for election, and whoever is elected will have a voice in how the church grapples with the big issues that so many care about. Perhaps you might want to be on General Synod? Or maybe you know someone you could encourage to stand for election. The church needs a diverse range of people on Synod, different ages, backgrounds, church experience, and so on to represent the full breadth of the church. The Progressive Christian Network is supporting a campaign lead by Inclusive Church, and are partnering with a range of inclusive organisations across the life of the church to prepare for these important elections. Others in the campaign include One Body One Faith, Women and the Church (WATCH), the Ozanne Foundation, Modern Church and the Campaign for Equal Marriage in the C of E. The campaign will advise and support anyone who wants a forward looking, inclusive church and is interested in being on General Synod. The campaign team can put you in touch with people in your diocese who are co-ordinating locally and give you the best chance of being elected. There are several seats per diocese, both for clergy and laity, so it’s really important that we have enough people willing to stand and give a real choice to voters. Sometimes there are not enough, or even any, inclusive candidates standing, so please consider if this might be a way in which you could serve the church as a whole. General Synod usually has two sessions a year, each being four or five days and running over a weekend to minimise disruption to members in full time employment. There is a meeting in February in London, and one in July in York. Very occasionally, if there is sufficient business, there might also be an extra meeting in November. Being on General Synod is a voluntary role, although expenses are covered. You may not think that being on General Synod is for you, but would still like to vote in the election. We all know how important it is to vote, but who gets to vote for General Synod? While Clergy members are elected by their fellow licenced clergy, the House of Laity are elected by members of local Deanery Synods, with just a few people from each parish church elected to be on their Deanery. If you’re wanting to vote for your General Synod rep you’re in luck, because all Deanery Synods are being re-elected in Spring of 2020, just before the national elections. Parishes are usually delighted to have volunteers for their Deanery Synod places, so if you’re interested talk to your priest or someone already on Deanery Synod about it. As well as getting to vote in the General Synod elections, the Deanery Synod will meet two or three times a year and it’s a great way to get to know what other churches in your local area are doing. Many churches face the same issues, so talking to each other in the Deanery can be a real encouragement. And being able to vote for General Synod, whether you are a priest or lay person, is really important. With small electorates, several members being elected per diocese, relatively low voter turnout and a proportional representation voting system these elections can be very close. Sometimes just one or two votes decides who is elected, so having people ready and willing to vote will make a significant difference. If you would like to know more about the upcoming General Synod election, please contact Nic Tall at synod@inclusive-church.org. Nic has been appointed by Inclusive Church to co-ordinate for these elections and would be happy to hear from you.