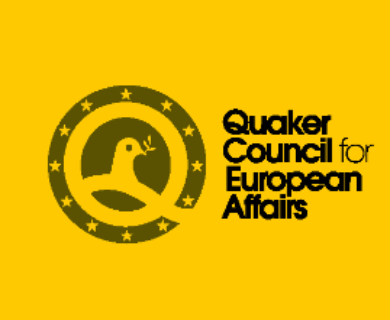 QCEA campaign against anti-migrant hate speech on social media in the context of the upcoming European Parliament elections. It's called #ChooseRespect.

QCEA campaign against anti-migrant hate speech on social media in the context of the upcoming European Parliament elections. It's called #ChooseRespect.

We're trying to build a more civil and positive narrative around people on the move, based on the idea that hate speech has real-world consequences - including at the ballot box.

We're doing this by addressing commonly-held myths about migration, giving people tips on how to have better conversations, and calling out xenophobia from MEPs and candidates on Twitter. We've just launched our main campaign video on Twitter - a short appeal to civility which you can access in English, French and Dutch.

As expected, the video has generated an unpleasant and occasionally violent response from people who don't agree with our message of love. We need to respond to this together. You can help QCEA supporter if you use Twitter by taking five minutes of your time to counter these hateful narratives.

3. Take a moment to reply to one of the many negative comments. Replies should be constructive and loving.

4. Tweeting about migration? Use our hashtag #ChooseRespect

Not on social media at all? Spread the word at your gathering for worship - QCEA need as much support as they can get!

Remember: "all that it takes for evil to

flourish is for good people to do nothing."