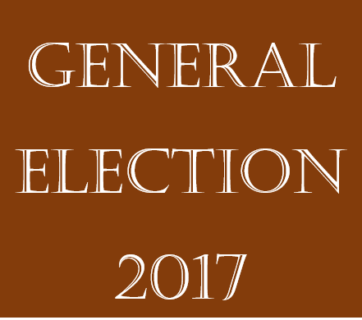 The main concerns of progressive Christians across the UK, in a poll conducted during the month of May, were to fund a better and more integrated NHS and social care provision, to place environmental matters as central to the health of the planet and to create a fairer and more equal society through a more progressive tax system and a redistribution of wealth.

Eradicating nuclear weaponry was considered more important than any desire to leave the European Union. Welcoming immigrants, improving our educational services, maintaining our overseas aid were high on the agenda of progressive Christians.

These priorities were judged to be more in line with the precepts of the Christian faith as revealed in the life and teachings of its founder. Politicians take note!

About 120 replies came by email but that often might have included a joint household response so a rough estimate is that about 140 people from our membership of about 700 took the time to respond. That’s a very satisfactory 20% response and my thanks to everyone!

So if PCN members were writing a manifesto what would the priorities be? Here are the responses from those 120 emails:

There were 4 leading areas of concern to members.

1.The NHS and Social Care – issues around funding, greater integration, better mental health care and other related matters – was a priority for 37% of respondents.

2. This was followed by a large group of issues around the Environment – sustainability, reducing pollution, the importance of the Paris agreement on climate change, recycling, green energy and many other points – which 30% of the respondents identified as important. This seems very much in contrast to how little seems to have been mentioned about the environment in current campaigning!

3. and 4. Two more connected areas attracted comments from 26% of respondents and they were issues around Taxation and a Fairer, More Equal Society. Many members wanted to see taxes rise to pay for health care, education and social care. There was anger about tax avoidance and the need to reduce inequalities in pay, calls for a universal basic income and greater equality of opportunity.

Closely following these four areas were other priorities and hopes.

18% of replies focussed on the eradication of nuclear weaponry and the need to work for a more peaceful world.

For 14% of the respondents educational issues were of importance in any manifesto – enhancing the life and emotional skills of students, scrapping of league tables and no increase in grammar schools.

Housing issues, concern to keep up the level of overseas aid, despondency about Brexit and a desire to welcome more immigrants were also repeatedly mentioned and about 10% of respondents would include these issues in any manifesto.

Many members sought to identify their priorities with biblical injunctions or with the teachings of Jesus and some members wrote eloquent pieces about politics and theology. Clearly some PCN folk are involved with their churches in hosting hustings; some PCN groups are focussing discussion on the General Election and using material from a range of resources (see below).

It was a very humbling and heartening experience to receive all these emails, many of them passionate about the kind of society and the kind of world in which we wish to live. The responses came before the Manchester Arena atrocity and up to that point matters of national security did not feature at all in the responses. PCN members did not see the General Election to be all about Brexit but rather about how we live peacefully together, showing compassion for the poor and the vulnerable, caring about public services, welcoming the stranger, creating a fairer and more equal society, free from the threat of nuclear war.

I think this was a kind of PCN manifesto that Jesus might have signed up to – what do you think?

For more help and resources to think through how Christians might assess the merits of the various political parties’ manifestos, go to Churches Together in Britain and Ireland (www.ctbi.org.ok) where you will find a list and links to many different organisations, from Quakers to Catholic Bishops, offering their priorities for voters.