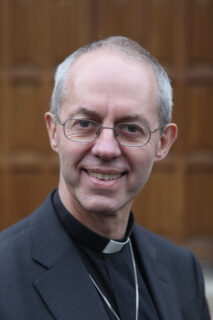 ​Our organisation is founded on the principle of inclusivity and we are pleased to find Justin Welby used that word to describe his vision for the Church of England. If his first act as archbishop-designate is to lead members of the synod into the yes lobby for women bishops than he will have made a good start.

PCN Britain is a network of Christians seeking an open inclusive Christianity which is both credible and transforming. We support our members – individually and in groups around the country – to explore faith and scripture in the light of modern understanding and experience. Our founding principles are called the Eight Points and these can be read here http://www.pcnbritain.org.uk/about/the_eight_points

In a recent survey of PCN Britain members 94% were in favour of gay marriage and 92% wanted churches to be able to carry out gay weddings if they wish.

The Chair of PCN Britain is the Reverend John Churcher, who may be contacted on: john.churcher@pcnbritain.org.uk 01727 760058