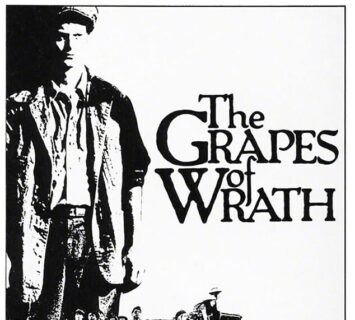 5am starts, 10 hour days, poverty wages and no running water—the grim reality of “picking for Britain”

​Our chair Adrian Alker has started a discussion on the future shape of the society we want to see. It is an urgent discussion the necessity and urgency of which was brought home to me by an article in Prospect Magazine written by Herbie Russell ( May 30, 2020) To me it seems the scenario revealed in the 1930’s work by Steinbeck “Grapes of Wrath” was being lived out in 21st century England. Herbie records how Environment Secretary George Eustice launched the official “Pick for Britain” campaign, encouraging the population to take up work on farms across the country. The media had made bleak premonitions of “a disastrous situation” in which “mountains of food are left to rot”. These warnings could find themselves realised if the call failed and, Herbie says, signalling an intensification of the recruitment drive last week the government wheeled out Prince Charles donning his humblest, most rumpled coat, Herbie has been working on a strawberry farm since mid-April experiencing the 5am starts and 10-hour shifts rewarded with poverty pay and Dickensian conditions. He says how unless you have significant prior experience, making anything above the minimum wage is highly unrealistic. After funds are deducted for rent and deposits, salaries come to about £7 per hour. In Herbie’s case the farm owner refuses to supply the bathrooms with hand soap. Additionally to save on bills, caravans aren’t hooked up to the mains. Consequently, they have no running water and can get perilously cold at night. Workers were assured that the caravans would be cleaned before their arrival but instead Herbie found a cabin seething with mould and littered with mouse droppings According to a 2018 report by the Gangmasters and Labour Abuse Authority (GLAA), labour exploitation is on the rise in the UK, and the agricultural industry is one of the worst offenders. You can read his whole story at : www.prospectmagazine.co.uk/life/pick-for-britain-advert-how-to-apply-pay-uk-fruit-and-veg-picking-jobs