Pelagius’ view of Original Sin and his conflict with Augustine: by Matthew Fox on March 20, 2019 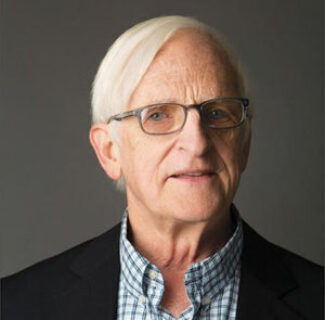 Pelagius’ view of Original Sin and his conflict with Augustine might be something one of our gifted writers would write about. The ninth Article of the Anglican 39 Articles don’t look very favorably on him and his followers.

Pelagius’ view of Original Sin and his conflict with Augustine might be something one of our gifted writers would write about. The ninth Article of the Anglican 39 Articles don’t look very favorably on him and his followers.

Dear Charles, Thank you for your question. I too have felt that Pelagius (born 354) has gotten something of a bad rap over the centuries. Like most so-called heretics much of the dust-up between him and Jerome and Augustine was deeply enmeshed in the politics of the time. Saint Augustine was very much a son of the Roman Empire which was in its last gasp of decadence in the early fifth century. Much pessimism and negativism pervaded the Mediterranean mindset at that period. Pelagius on the other hand, derived from the Gallic or Celtic lands either Briton or Ireland) outside the empire. His worldview was essentially earth-based and more like the tribal world that Jesus derived from in Palestine than it was from an Empire soon to be baptized Christian (so-called). He fiercely opposed Manicheism and the dualisms it was based on.

Augustine was imbued with dualisms thanks to his immersions in Manicheism and in Neo-Platonism—it was he who said “man but not woman is made in the image and likeness of God” and “spirit is whatever is not matter.” He separated nature from grace and developed the ideology of original sin that identified original sin with our sexuality. Pelagius would have none of that and he emphasized human choice over human inheritance. Reinhold Niebuhr has remarked that Augustinian-based Christianity over emphasized the grace of pardon at the expense of the grace of power and Biblical scholar Krister Stendahl says that Augustine’s preoccupation with an “Am I saved?” concern is neurotic and not Biblical at all. Meister Eckhart, himself deeply imbued with a Celtic consciousness, heals the nature/grace rift this way. “Nature is grace” he writes.

Unfortunately, the Western Church has followed Augustine’s dualistic consciousness far more than it has the Celtic awareness—but remember that Augustine’s worldview that triumphed prevailed in a context of building a Christian empire. A nature-based consciousness does not lend itself well to empire-building; dualism does. Not only Pelagius and Meister Eckhart but also John Scotus Eriugena (who translated many of the Greek Orthodox theologians into Latin) and Hildegard of Bingen (raised in a Celtic monastery along the Rhine), Francis of Assisi, Thomas Aquinas, Mechtild of Magdeburg, Julian of Norwich and Nicolas of Cusa also followed the Cosmic Christ in opposition to the anthropocentric (and narcissistic) preoccupations of Augustine. The Eastern Church rejected Augustine and rehabilitated Pelagius after his condemnation in the West.

Pelagius visited Rome, Sicily, Carthage and Jerusalem where he met Jerome and the two clashed deeply. Jerome, who violently opposed the Jovinianists, accused Pelagius of being of that school of thought—Jovinian claimed that marriage was as holy a state as celibacy (marriage was not declared a sacrament until the twelfth century and then it was a very controversial opinion which, by the way, Hildegard endorsed). Jerome also was scandalized that Pelagius had many friendships with “mere women” and complained about the “Amazons who attach themselves” to Pelagius. (Celtic women can be strong women and clearly neither Jerome nor Augustine were at home with such.)

Like Eckhart and Blake, Pelagius talks of redemption as reminding—Eckhart called Christ “the great Reminder.” Sin is primarily our forgetting our way and our origins as images of God. “If you wish to measure the goodness of human nature, look to its author,” Pelagius wrote in a letter. With this awareness of our blessed origins (original blessing?), comes responsibility however for we can all fall into forgetfulness which can even build as a nefarious habit. So said Pelagius.* ~ Rev. Dr. Matthew Fox

About the Author Rev. Dr. Matthew Fox holds a doctorate in spirituality from the Institut Catholique de Paris and has authored 35 books on spirituality and contemporary culture that have been translated into 71 languages. Fox has devoted 45 years to developing and teaching the tradition of Creation Spirituality and in doing so has reinvented forms of education and worship. His work is inclusive of today’s science and world spiritual traditions and has awakened millions to the much neglected earth-based mystical tradition of the West. He has helped to rediscover Hildegard of Bingen, Meister Eckhart, Thomas Aquinas. Recent books include The Lotus & The Rose: Conversations on Tibetan Buddhism and Mystical Christianity with Lama Tsomo; Naming the Unnameable: 89 Wonderful and Useful Names for God…Including the God Without a Name; new paperback version of Stations of the Cosmic Christ with Bishop Marc Andrus. A Special Eckhart@Erfurt workshop in June, 2019.