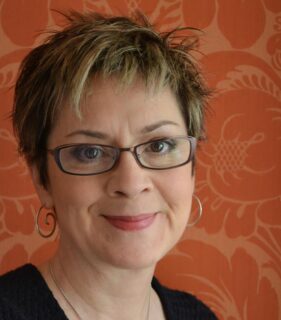 As a current trustee of PCN Britain, and the Chair in office at the time of your visit to the UK last year, I would like to affirm my continued support in all that you do to offer so many of us a credible alternative to mainstream church. We are the ones who are hungry for the fresh theological articulations that you (and others) are developing, especially the notion that how we live our lives is the truest expression of the faith we hold. What is beloved in our lives counts far more than what is believed.

We appreciate and give thanks for your leadership of the West Hill community through which you and your congregation have shown that creating strong values based and ethically oriented communities are possible. The West Hill community offers a working blue print for other churches to follow. Your willingness to engage the church in conversation and dialogue to address the significant elements of change needed to meet the needs of our present-day world is exemplarily, and so it is that we look forward with anticipation and affection to your return visit to the UK in 2017.

Go well, in peace and truth

As you probably know, Gretta Vosper is an ordained United Church of Canada minister who 'believes' in neither God nor the Bible. She is now fighting an attempt to remove her from the pulpit for her beliefs.

In an interview at her West Hill church this August, Gretta said that the West Hill congregation supports her view that how you live is more important than what you believe in. 'I don’t believe in...the god called God', she says, 'Using the word gets in the way of sharing what I want to share.'

Gretta argues that the idea of an interventionist, supernatural being on which so much church doctrine is based belongs to an outdated world view. What’s important, she says, is that her views hearken to Christianity’s beginnings, before the focus shifted from how one lived to doctrinal belief in God, Jesus and the Bible.

Gretta asks questions such as 'Is the Bible really the word of God? Was Jesus a person?' She says, 'It’s mythology. We build a faith tradition upon it which shifted to find belief more important than how we lived.' Gretta made her views clear in a Sunday sermon in 2001 but her congregation stood behind her until a decision to do away with the Lord’s Prayer in 2008 prompted about 100 of the 150 members to leave. The rest backed her.

Things came to a head this year after Gretta wrote an open letter to the United Church of Canada pointing out that belief in God can motivate bad things - a reference to the Charlie Hebdo massacre in Paris. 'That didn’t go over well,' Gretta said. '(But) if we are going to continue to use language that suggests we get our moral authority from a supernatural source, any group that says that can trump any humanistic endeavour.'

Rev. David Allen, executive secretary of the Toronto Conference, said he took various concerns about Gretta to the church’s executive, which decided it wanted to investigate her fitness to be a minister. But first they needed to find a process as they've never done it before. Nora Sanders, general secretary of the UCC's General Council, issued a ruling in May laying out a review process that could ultimately lead to Gretta's 'defrocking'.

On becoming aware of what amounts to putting Gretta on a heresy trial, I sent an email of support to Gretta with the approval of the trustees of PCN Britain. PCN is sensitive to the fact that not all trustees or members agree with her theology, (or atheology). Yet we believe the vast majority of our members recognise the worth of her ministry and believe that a trial based on loyalty to credal statements is a backward step for faith.

Should you wish to learn more or to add your own support for Gretta Vosper, you will find more information and some suggests on the West Hill Church website