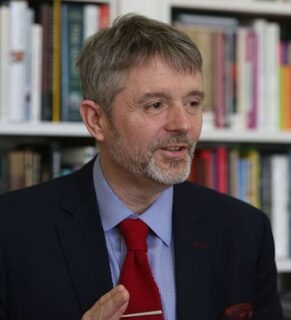 “Christ Church has allowed this whole dispute to be blown wildly out of proportion,” said the head of another college.

A retired high court judge will preside over a hearing into allegations of “immoral, scandalous or disgraceful” conduct by the dean of Christ Church, Oxford, which are believed to relate to a dispute over pay and governance at the ancient college.

Sir Andrew Smith will assess claims made against the Very Rev Martyn Percy, suspended from his job since last September. The hearing, to be held in private, is expected to last eight days and is estimated to cost at least £500,000.

Although details of the complaints against Percy have not been disclosed, the college told alumni in a letter in January that the row related to pay. Percy, who has not commented on the dispute, is believed to earn about £90,000 a year plus accommodation and generous perks – relatively low compared with other college heads.

Percy also heads Christ Church cathedral. He has strong support from within the Church of England and from some Oxford college heads, but a group within Christ Church’s governing body is thought to be firmly opposed to his efforts at modernisation. The Charity Commission, which has oversight of Christ Church and other Oxford colleges, has said it was aware of “issues around the governance and leadership” at the college. Christ Church, founded by Henry VIII in 1546, is the alma mater of 13 British prime ministers, 10 chancellors of the exchequer and 17 archbishops. It is one of Oxford’s richest colleges, with funds of more than £500m. Percy has been dean since 2014.

Under the college’s statutes, there are limited circumstances in which the dean can be removed. These include persistent failure or neglect of duties; being convicted of an offence that renders the dean unfit for office; physical or mental incapacity; and behaviour of an “immoral, scandalous or disgraceful nature”.

Percy’s supporters are furious such inflammatory wording was allowed to circulate for months before the college clarified it did not relate to personal or sexual impropriety. “Christ Church has allowed this whole dispute to be blown wildly out of proportion,” said the head of another college. “Oxford colleges are an idiosyncratic and odd world, but it’s very stupid to allow Christ Church to be paralysed for almost a year.”

The college said in a statement: “An independent tribunal will be conducted to investigate a complaint against the conduct of the dean of Christ Church. As this is an ongoing legal matter, we are not able to offer any further comment.”