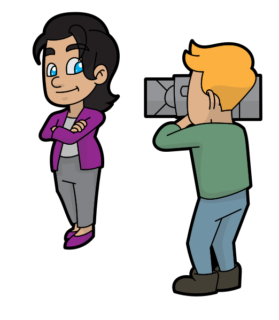 The Westhill Trust invests in religious education projects that will build bridges and transform lives. The films will each be about seven minutes in length and the topics chosen are likely to reflect the questions that sceptics commonly ask about Christianity. These might include Are we better off without religions?, Is belief in God no longer tenable?, Are Christians simply doing social work? and What's the true story about Jesus? Adrian Alker, PCN 's chair, is meeting with trustee Ian Geere and Social Media Editor, Janis Knox, to formulate proposals for PCN's next Trustees Meeting in September. An ex BBC director has been contracted to help take the project forward.

Tickets are selling well for the Marcus Borg Memorial Lecture weekend in Sheffield this October. The speaker is his widow, the Rev'd Canon Marianne Wells Borg. Marianne is a priest in the US Episcopal Church and founder of the Marcus J Borg Foundation. Looking ahead to next year, Richard Holloway and Julian Baggini will be speaking at a PCN conference in London on June 8th. Richard Holloway is former Bishop of Edinburgh, and well known for his inclusive and progressive approach to religion. Julian Baggini is a British philosopher and the author of several books about philosophy, including A Short History of Truth. He also runs the website Microphilosophy. We hope to add to the event a third, female speaker.

PCN Britain works with other liberal Christian organisations whenever suitable occasions arise. For example the Marcus Borg lecture is co-hosted in Sheffield with the St Mark's Centre for Radical Christianity. Modern Church has invited PCN to exchange observers at each other's management committees. So we will welcome their trustee, Rev'd Dr Jeyan Anketell, to our November committee and our treasurer, Peter Stribblehill, will attend their next council meeting.

The current web editor, Andy Vivian, is retiring in September after nine years in the post. Candidates to replace him are meeting with Andy and the chair in the next week. Next week also sees the arrival of Maxine Smith who has been appointed temporarily as our Administrator while Sarah Guilfoyle takes maternity leave. Maxine will work alongside Sarah for a month to learn the ropes.