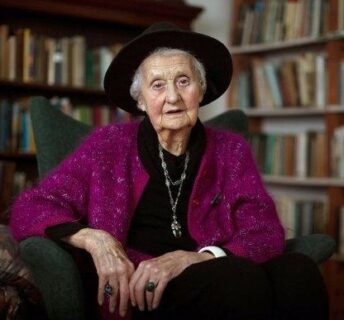 Giles Fraser, writing for “Unherd” lamented the passing of Mary Midgley, his one time professor of Philosophy, lamenting that she was perhaps the last of a generation of moral philosophers that looked as much to classical literature and fiction as to empirical inquiry.

Professor Jane Heal, he said, summarised Mary’s thought admirably in the Guardian: “She identified the limitations of only trying to understand things by breaking them down into smaller parts and losing sight of the many ways in which the parts are dependent on the wholes in which they exist.”

Peter Bellenes thinks this approach seems to have much to say to many of us within the progressive approach to Christianity. We are, he thinks, often aware of the whole, convicted of “something” and content to live with the questions even if the answers leave us with further puzzles.

Giles writes, “Mary was suspicious of the idea that an explanation for something could only be found by breaking it up into smaller and smaller questions, thus missing the wood for the trees. Giles comments that “Mary wasn’t obviously religious, but ….she seemed like a fellow traveller, sympathetic to the broader Christian ethical impulse. The Midgley house felt like the very best of what an Anglican vicarage should be: welcoming, compassionate, fizzing with ideas”. It was, Giles tells us, “that as a student under the Midgleys, he came to see that explanation is not always like the foundations of a building, keeping it up – as if, without a proper explanation, the building falls. On the contrary, an explanation is a way of making sense of what is already there, not a way of re-arranging it. Understanding is after the fact. So St Anselm’s ‘Faith seeking understanding’ – i.e. faith is not built on understanding but goes looking for it –not necessarily able to resolve any of the underlying contradictions. And that hasn’t stopped being true. For me, believing in God names a certain sort of commitment, not the conclusion of an argument.”