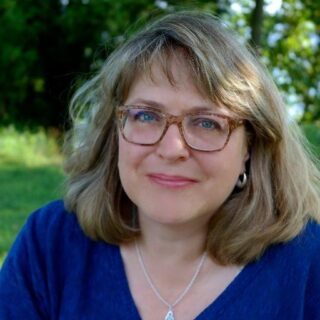 Diana Butler Bass began by relating her first encounters with Borg, in particular her conversation with him at a publisher’s lunch. The conversation lasted four and a half hours, during which time they realised how much common ground they shared. She recalled how, on that occasion, Marcus described his own brand of Christianity as Neo-traditional Liberalism. In her talk she unpacked what that might mean and placed it in the context of the evolution of Christianity in America.

People often ask what is meant by progressive Christianity. Rather than give a single definition, Diana Butler Bass offered this American version of what she called the typical progressive script.

1. An emphasis on social justice and virtuous living.

2. Critical analysis of the Bible and Christian traditions

3. Embracing the findings of science and history.

4. Embracing ecumenism and interfaith as the path to new forms of community

Diana Butler Bass pointed out that this approach to Christianity, emphasising as it does reason and virtue is in direct contrast to the US evangelical tradition which emphasises creed and piety. But, and this is where Marcus Borg will come in, what both of these strands have largely ignored is mysticism.

There was a thriving strand of mysticism in America way back in the first half of the 19th century, inspired by the likes of Jefferson and Emerson and which is referred to nowadays as American Transcendentalism. They believed that

1. we can communicate spiritually with the divine,

2. the world around us emanates the sacred,

3. through this everything is connected,

4. there is no separation of creator and created, inner and outer

5. spirit and matter are interwoven.

American Transcendentalism suffered extinction in the American Civil War. The religious map became split between the two opposing poles – evangelicals and liberals. But Quakers continued to view faith in mystical terms. In the early 20th century, an American Quaker, Rufus Jones, described the mystic as someone possessed of a conviction that they have experienced the spiritual source of being, they have found God. Seventy years later, Marcus Borg, in his thirties and before he published his first book, began to have what he called numinous experiences.

For a minute or two (and once for the better part of an hour), what I was seeing looked very different. Light became different – as if there were a radiance shining through everything. The biblical phrase for this is “the glory of God” – as the book of Isaiah puts it, “the earth is filled with the glory – the radiance – of God. The world was transfigured, even as it remained “the same.” And I experienced a falling away of the subject-object distinction that marks our ordinary everyday experience – that sense of being a separate self, “in here,” while the world is “out there.”

The effect was to transform my understanding of the word “God.” I began to understand that the word does not refer to a person-like being “out there,” beyond the universe – an understanding of “God” that ceased to be persuasive in my teens and twenties.

In making these remarks and sticking with the validity of these experiences, Borg has, in Diana Butler Bass’s view, stepped outside the progressive script. She sees this mystical aspect of Borg’s life and teaching as his most significant contribution to progressive Christianity. By re-introducing the theme of immanence and experience, Borg challenges us to have a relationship with a living God, a divine presence in the world we inhabit. To borrow from Emerson, this presence is like a river that runs under the visible realm of creation. Borg embraced the social justice agenda of progressive Christianity but believed that changing ourselves through a relationship with the divine was just as important as the goals of Christian ethics. Here we can find an echo of the American Transcendentalists who believed that ‘If you find God it will animate you to live in harmony with others and nature’

Borg’s insistence of the possibility of a life transforming relationship with God undermined his reputation in some academic circles. Borg was seen as too ‘churchy’ to be a serious scholar. For his own part, Borg was content to be described as an apologist for Christianity – an apologist in the sense of someone regretfully acknowledging the failures of Christianity but who believes a different kind of Christianity for the 21st century lies ahead. His message struck a chord with huge numbers of church goers struggling with the creeds of traditional Christianity. For many, Christianity became once again a space where they wanted to be. Diana Butler Bass coined the phrase Borgian Project* to describe his impact. By this she means the setting aside of Biblical literalism to better understand the life and teaching of Jesus while at the same time reclaiming the personal, the beautiful and the mystical within this progressive understanding of faith.

Diana Butler Bass pointed out that in modern America the conservative evangelicals, typified by the Southern Baptist Convention, are in decline. Creeds based on a pre-Copernican view of the world and pious codes of behaviour - don’t drink, dance or chew and don’t go with boys who do – are straining credulity. But there is a new strand of Christianity bursting from the evangelical tradition which is sometimes called the Emerging Church and its followers labelled Post-Evangelicals. Diana Butler Bass spoke of their willingness to embrace historical criticism and postmodern philosophy, to think outside the doctrinal box. And somewhat surprisingly they are increasingly finding common purpose with the likes of Marcus Borg. The best known example is Brian McLaren**. Borg wrote with positive hope about the Emerging Church movement and McLaren paid tribute to Borg on this website, shortly after Borg’s death.

Diana Butler Bass left us with a quote that she felt summed up Borg’s teaching about Jesus and God.

“As an epiphany of God, Jesus discloses that at the centre of everything is a reality that is in love with us and wills our well-being, both as individuals and as individuals within society … who invites people into a relationship which is the source of transformation of human life in both its individual and social aspects.”

Finally a blessing that was favoured by Marcus Borg.

And we do not have much time

to gladden the hearts of those who

make the journey with us.

So… be swift to love,

and make haste to be kind.

And the blessing of God,

and who travels with us

be with you now and forever.

** Later this year, PCN Britain is sponsoring a speaking tour in the UK by McLaren.