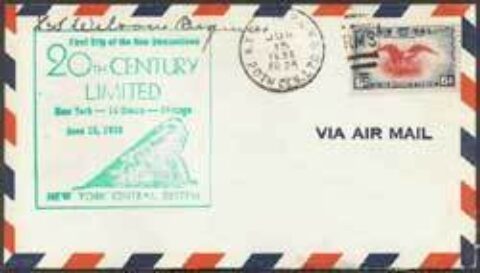 thoughts on abolishing the priesthood

Some Catholics in the USA are discussing the abolition of the priesthood ​following the scandals of clerical life - below are three letters from the National Catholic Reporter on the subject: I stopped attending my local parish eight years ago for a number of reasons, but the sex abuse issue was not the straw that broke the camel’s back. Arrogance, power, patronization and a stilted spirituality I was witnessing in the church and parish were part of the bale of hay. The gilded imagery of papal liturgies and Vaticanese said out loud: this is not what Christ meant. I do miss what I used to know as the Catholic Church. However, nothing since I left has compelled me to return. The “new evangelization” programs are for lapsed Catholics. I’m not lapsed. I do miss the Eucharist. I’m an unnoteworthy sinner, corrupted. Yet, somehow Christ said the kingdom was within. I needed to leave the institution to find the kingdom. My Catholic background enabled me to know that. My heart enabled me to see that. I have one life to live out the kingdom within me to the full. I heard the call in a gentle breeze. If I am wrong, may God have mercy on me. DAVID MURRAY Cedarville, Michigan As a lifelong Catholic (74 years) and former priest, I am no longer angry at the church. There was a time when the prohibition against birth control and the abuse of children and its cover-up and the hierarchy’s siding with the Republican Party and the hierarchy’s attitude toward the LGBTQ community angered me. No more. I am now firmly indifferent to the organization. Why the change? Because the hierarchy will not listen to its members and our needs. There is no sensus fidelium. Question celibacy? Nope, that’s not even open for discussion. Women as deacons? We’ll form a committee and let that issue die. Women priests? Nope. Jesus had only men. Contraception? Nope. Every act of sexual intimacy must be open to procreation. Condemn our government putting immigrant children in cages at our borders and senseless gun violence as strongly as we condemn abortion? Nope. People leaving the church in droves? Can’t be us! Must be our secular society. So have at it, hierarchs! You want all the power and make all the decisions? No sweat off my back! BILL KRISTOFCO Parkville, Maryland Virtually every problem scandalizing the Roman Catholic “laity” (used here only to distinguish the faithful from the ordained) and the public at large, has an ordained man in the middle of it. And, those of us who have worked inside the church since the Second Vatican Council have seen up close how the corruption works. Virtually all the ordained sign on to this sense of entitlement as they go about their ministry. Some, indeed, more humanely than others. The word “ordain” itself cannot be simply excised from this ministry as it is presently perceived. The singularly most offensive example is the fact that communities not located within a regularly reachable distance by a priest cannot “confect” Eucharist. That’s how powerful priesthood is! It can and does keep the Eucharist from these isolated communities. It’s time to lay these burdens down and take 10-20 years to prayerfully re-create all our sacralizing structures — particularly, priesthood. This moment in the church’s life can be used for contrition, penance, and conversion by all leadership from the very top down. The age of priesthood must be put behind us. ED MURRAY Charlottesville, Virginia