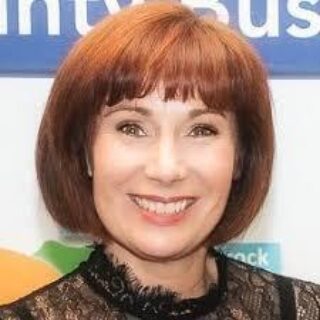 "brazen discrimination" could bring about the church's "slow death," an Irish government minister has warned

Dublin — Catholicism's prohibition on women priests is "brazen discrimination" and could bring about the church's "slow death," an Irish government minister has warned.

Minister for Culture and Heritage Josepha Madigan challenged the church's exclusion of women from priesthood and leadership roles in an address titled "A Community of Faith: Why the Catholic Church should open all ministries to women" on Feb. 11 in Dublin.

Her talk, which was hosted by the Catholic lay reform group We Are Church Ireland, had been scheduled to take place at the Mercy Sisters' International Centre in Dublin but had to be moved to a hotel after the sisters were warned that "busloads" of protestors would descend on the venue over the minister's support for abortion and campaign to liberalize divorce.

A May 25, 2018, referendum saw voters approve by 66.4 percent to 33.6 percent a repeal of the Eighth Amendment to remove the country's constitutional ban on abortion. Madigan spearheaded the repeal campaign for Fine Gael, the main party in the minority government.

She is currently campaigning to ease restrictions on divorce. Couples in Ireland who wish to divorce are required to have lived apart for four of the previous five years. The minister believes the time requirement should be reduced.

In January, Mercy Sr. Mary Reynolds, director of the Mercy International Centre, wrote to We Are Church Ireland to cancel the booking for the minister's address. Reynolds explained that the decision was made "reluctantly" following "many and vigorous representations" over the talk. "Threats have been made of busloads of protestors being brought to the site and two parishes have indicated that they speak on behalf of parishioners," she wrote. There has been "some vitriolic comment" and "at least one of our staff has been intimidated by a caller." She added that many of the representations referred to Madigan's connection with the abortion referendum, even though that was not the subject of her presentation.

One of the groups protesting against the minister's talk is the conservative Lumen Fidei Institute. On its website, the group described Madigan as a "poor errant Catholic woman who is endangering her very salvation by her public adoption of positions which are contrary to her expressed Catholic faith."

Referring to the minister as an "advocate for easier divorce in Ireland," Lumen Fidei claimed the fact that she is "still allowed to serve in certain parish ministries endangers the salvation of others." Madigan is a practicing Catholic and serves as a Minster of the Word in her local parish, St. Thérèse in Mount Merrion in Dublin. She has traveled to Lourdes a number of times and spoke in her Feb. 11 talk about the importance of Our Lady and the rosary to her. However, last June, the 49-year-old mother of two raised the hackles of Dublin Archbishop Diarmuid Martin when she publicly called for women to be ordained to the priesthood. She was speaking to national broadcaster RTE after she led a liturgy of the Word in her parish following the failure of a priest to turn up to say Mass.

On Feb. 11, she spoke about that incident in her address at the Talbot Hotel and explained that she and two other parishioners had not "said Mass" as some media reported but had "shared the elements of the Mass that we could still perform as lay people. We only did what many other women and indeed men are doing around Ireland."

Madigan also noted that between 1975 and 2008 the world's Catholics increased by 64 percent, but the number of priests increased by only 1 percent. In 2008, nearly 49,631 of the world's 218,865 parishes did not have a resident priest. Elsewhere in her address, she said, "There are so many women in the church who are leaders in waiting," stressing that it is women who are holding the church together. According to the Vatican Pontifical Yearbook's statistics for 2017, women comprise a majority — 56 percent — of all consecrated people within the church.

"So, let's be clear, women are in the church. Women work for the church," Madigan said. "They simply face a glass ceiling that bars them from being able to apply for, or be appointed to, important leadership positions. And glass ceilings are being broken in many sectors, politics, science, so why not in the church?"

As to whether women should be deacons; or on committees at the Vatican where they have been excluded or under represented; or be present, speaking and voting at a synod; or priests; or properly recognized for holding parish life and religious family and community life together, Madigan responded, "I firmly believe that the answer is yes." "I am a daughter, I am a wife, I am a mother. I am a woman. Women are waiting. Women are watching. But if we want our daughters to be there in future generations, we need to open the church fully to them, as fully equal members in the community of faith."

Two women who have been "watching" the minister are pro-life Catholics Noeleen and Fiona Larmon from Swords, Dublin. Armed with placards, they protested outside the Talbot Hotel on Feb. 11 and called for the minister to be excommunicated. "I am deeply offended that Josepha Madigan thinks it is OK to be pro-choice," Noeleen Larmon said while Fiona Larmon questioned why Martin hadn't publicly excommunicated her. "There are always going to be some elements calling for my excommunication," Madigan responded. "That is not a surprise to me and it doesn't hurt me anymore."

She described herself as an "ordinary member of the Catholic Church," and added, "therefore I am at liberty to speak about the inadequacies and the discrimination that I see in the church." However, at least two other Irish politicians who supported the introduction of abortion services following the referendum vote on the Eighth Amendment have been denied Communion at the altar by priests.

The Times Ireland reported that Fr. John Hogan of Multyfarnham in County Westmeath, withheld Communion on Jan. 4 from Robert Troy, a leader of the Fianna Fáil political party, at a funeral Mass at St. Nicholas' parish church because of the politician's support for abortion. The situation echoes the call by some Catholics in the U.S. for New York Cardinal Timothy Dolan to excommunicate New York Gov. Andrew Cuomo over his role in passing New York's Reproductive Health Act.

However, a less confrontational approach was advocated by Bishop Larry Duffy of the Diocese of Clogher, who was consecrated Feb. 10 in Monaghan by Archbishop Eamon Martin. "If somebody comes for communion — I would never refuse them," Duffy said. "If somebody speaks about it, we will engage in a chat and I would be prepared to listen and then advise, but I would never refuse communion."

However, he underlined that promoting abortion is "a grave sin" and that "If we have sinned, such as helping to promote abortion then we must examine ourselves" and ask, "if we are in union with Christ and with his teaching before we approach the priest or minister."

"That goes for all of us, whether we are in public life or elsewhere," he said.

[Sarah Mac Donald is a freelance journalist based in Dublin.]