In the UK 14 million people live in poverty and 1.5 million are classed as destitute. 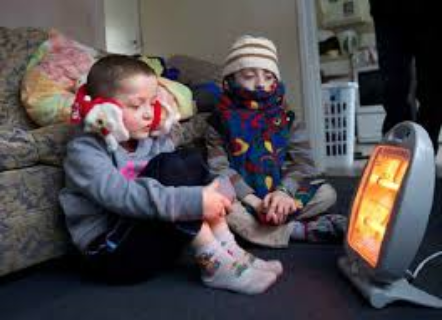 The alleviation of poverty should never be a party-political issue. According to the Institute for Fiscal Studies and the Joseph Rowntree Foundation, about a fifth of the population, 14 million people, live in poverty, and 1.5 million are classed as destitute, which means being unable to afford the essentials. Poverty brings insecurity, loss of opportunity and exclusion as well as financial hardship. Those on the lower rungs of the ladder are always aware how near they are to the bottom and how easily they could end up there. The eradication of poverty in the United Kingdom would be a vast undertaking. Poverty and gross inequality are not acts of God but structural defects that can be corrected. Putting money in people’s pockets so they can spend it is a sure way of invigorating the economy. But tax cuts make little difference to the poor: they need solid wage rises, affordable homes, decent public transport, and accessible and readily available health and education services. Market forces alone are not going to supply them. Such things as the freeze in welfare benefits, the slashing of spending on local government and the harsh consequences of the introduction of Universal Credit at a much lower level than originally intended… was a deliberate policy of David Cameron’s government to reduce the welfare budget by £12 billion, justifying this by stigmatising the poor. This, as a 2018 report for the United Nations found, had been done as a form of social engineering. The UK government had inflicted “great misery” with “punitive, mean-spirited, and often callous” austerity policies, while child poverty levels were “a disgrace, a social calamity and an economic disaster”. Margaret Thatcher’s policy of rebalancing the economy away from heavy industry towards financial services was largely responsible for the neglect of towns in the Midlands and the North, and the ever growing bias to the southeast of England. There are the forgotten voters Mr Johnson needs to persuade if he is to make a permanent impression on the political landscape. Truth and justice may not matter much to him, but they matter to them.