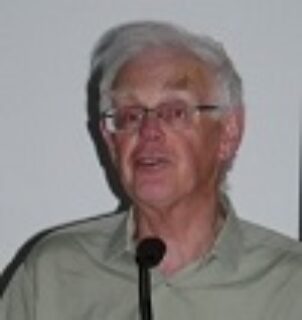 “The conventional wisdom is that politics is the art of the possible. In half a century of public and professional life, (says Barbara Wootton), I have not found it so. It is from the champions of the impossible rather than the slaves of the possible that evolution draws its creative force." (In a world I never made, Allen & Unwin, 1967, p.279)

This, I believe gives us the vital clue - to refuse to stop hoping and act in response to that hope. A wide range of church leaders have made clear statements that working for climate justice is a Christian duty has been gaining momentum.

We can see in recent events in this country what can happen when people are given hope and are inspired. The remarkable impact of Jeremy Corbyn in the Labour leadership campaign (this is written at the beginning of August) and the even more remarkable way the Scottish National Party captured many people's imagination in the general election show what can happen. Both give hope.

This is what the Hope for the Future climate campaign is all about. The focus of our campaigning has always been on contacting MPs through the churches in their constituencies, but it is not enough just to send a fistful of postcards to our MP. It is much better to write a letter, as personal and specific as possible, to our MP. It is better still to meet our MP and build up a trusting relationship because what we need, in Pope Francis' words, is their ‘ecological conversion’.

That is no small task but surely it is in the depth of people's hearts that we have to work, which is where Christian discipleship finds its home.

Our hope and prayer is sent through the campaign a significant number of politicians will be sufficiently convinced of the utter necessity of urgent and decisive action on climate change that they will not only convince their own parties but also convince the electorate at large that that is where hope for the future lies.

We hope that perhaps three or four churches in as many constituencies as possible will be prepared to take on this task, this mission, this ministry, this vocation (whatever your language is). We at Hope for the Future will work with you and provide background material about your MP and their interests, information about key policy issues and ways in which you can support your MP.

Look at our website and contact Jo our campaign organiser, if you would like to consider becoming part of the campaign. We look forward to hearing from you.