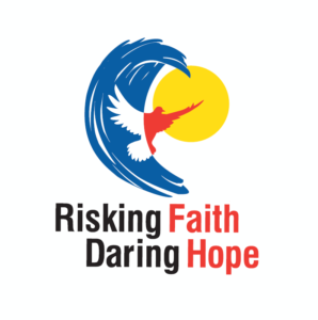 Scott Kearns had reported to us just the other day that Gretta was exhausted having worked on a mountain of material to submit. Gretta has had to work hard to correct the many, many misquotes and misrepresentations in the report of the Ministry Personnel Review Committee that found her "unsuitable", to outline objections to the dozens of breaches of natural justice in the process the Church administration developed to try her. Gretta has been able to evidence scores of samples of the work she has done with West Hill to offer a non-exclusive, theologically barrier-free community united in their commonly held commitment to justice, compassion, integrity, etc. Gretta and Scott had no idea what would happen at the trial – now all the worry as to whether indeed the court would be willing to listen to a wide scope of material, or merely “sentence” (their word) her right at the start is answered . Throughout Gretta has exemplified her integrity and passion for people and that has been recognised.

There is Facebook page hosted by the Friends of Gretta Vosper Association that will be keeping folks posted almost every day regarding what’s going on related to the Hearing. Here's the link:

The more people that open it and maybe even pass it on, the more support will be demonstrated. It was posted 2 days ago and yesterday there were over 2,500 responses. At the very least, it’s very encouraging for Gretta.

Gretta is a speaker at the Parliament of World Religions meeting in Toronto this week - she was invited to share on the topic of nurturing values among those who do not have church communities, the "nons".

Background: The following from Wikitribune sets the context:

Gretta Vosper, an ordained minister, has been awaiting trial by The United Church of Canada’s ecclesiastical court for over three years. The court is meant to decide whether Vosper should be allowed to continue her job with the church, given her unusual (in the circumstances) theological beliefs – she doesn’t believe in God. Vosper is a self-proclaimed atheist.

The trial is scheduled to begin this November. It was going to take place last November but was cancelled when the church could not form a Formal Hearing Committee. There have also been several unsuccessful mediations. The Church’s Executive Officer of Ministry and Employment, Alan Hall, told WikiTribune “This is the earliest possible date that the two parties – the Reverend Vosper and the Toronto Conference – indicated readiness and availability to proceed. The length of time scheduled reflects the indications of the two parties of the time that they expect will be required to present their arguments.”

The trial is expected to last five weeks. “That’s 25 days of hearing, which is a lot longer than much more serious crimes take,” Vosper told WikiTribune. “They’re trying to use a disciplinary process for a heresy trial.”

Vosper, 60, wouldn’t disclose to WikiTribune exactly how much she’s spent in legal fees over the years, but said an organization supporting her has raised close to $70,000, “which doesn’t near cover” her legal expenses. She’s been the minister with the West Hill United Church in Toronto for 18 years, and her position as an “unsuitable” minister has been under review since 2015. In 2016, the national magazine of The United Church published a picture of Vosper with “Unsuitable” written across her face.

Vosper says she doesn’t understand why the church is taking her to trial now. She says she was ordained 25 years ago with the understanding that her belief was a metaphorical one, and has been speaking about her views publicly ever since. Vosper says that in the past when she used the word “God” in services, older generations assumed she meant “a father figure in the sky who treated us like crap and then saved us later on.” However, she made it clear in her first book that she “did not believe in a traditional understanding of God.” Vosper’s understanding of God is people believing in the human spirit to improve their lives and the wider world. She says many members of The United Church have privately talked to her about “having nontheistic understandings of God.” Despite speaking publicly about her religious views for years, it was only when her story and views got picked up on a radio show in 2015 that the church decide it needed to do something, according to Vosper.

Eight years after she was ordained, Vosper delivered an off-the-cuff sermon deconstructing the idea of God, expecting that she would be removed from her position. At the end of the service there was “like little bits of God all over the floor, and a bunch of people thought I had totally lost it,” she says. To her surprise, board members were sympathetic and asked what it would look like if she delivered sermons without any religious language or mention of God.

In 2013, Vosper self-identified as an atheist in an act of solidarity with a group of Bangladeshi secular bloggers who were arrested and later killed. “They were given the term atheist in order to incite hatred against them, and it worked,” she says.

West Hill Church has a sponsorship agreement with the Canadian government so that Ibrahim, an atheist blogger in Bangladesh, who has been forced to remain in hiding after his image was widely shared, can be resettled in Canada with his family.

Vosper believes the United Church needs to constantly reform, saying it has done so in the past so that women could be ordained, then allowing gays and lesbians do to the same in 1988.

So why does Vosper still want to be a minister?

Among the current generation, she says, people are more likely to volunteer than in the past, they donate probably three to four times more to charity, they vote more regularly and are more engaged in their civic community.“My end game is civic engagement,” she says. “I want people to be engaged in their communities and in the world. I almost drive my husband crazy because I am so passionate about the need for us to engage.”

If Vosper’s hearing in November goes unresolved it will end up in Canada’s civil courts. That can’t happen until it goes through the ecclesial courts.

And if the court removes her from the church? “There will be severe consequences for the denomination,” she told WikiTribune. “Many who participate in congregations have outgrown traditional Christian beliefs long ago; they have stayed in the UCC because they have felt welcome. If I am dismissed, they will no longer feel welcome. As for my colleagues, they will be under a new and threatening regime.”