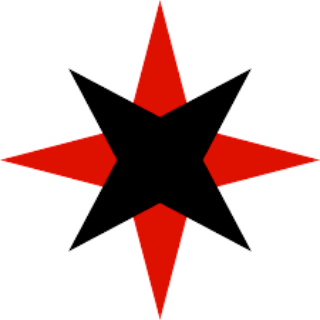 As the scramble towards a general election begins, Quakers across Britain are set to question parliamentary candidates on key topics.

The general election, called for 12 December, is an opportunity to influence future decision-makers. Quakers seek something of God in everyone and that leads them to work for justice for all. Their commitment to truth, peace, equality and simplicity leads to five priorities: · Climate crisis · Migration · Criminal justice · Peace and disarmament · The nature of the debate On climate crisis: Quakers are committed to equality and sustainability. They seek a world where all life thrives within a safe and stable climate. A transition to a net-zero carbon economy must put the most marginalised first. On migration: at the heart of debates around Brexit are questions of sovereignty and migration. The UK has contributed to the poverty, climate breakdown and conflicts that cause people to seek sanctuary here. Quakers have long worked to offer sanctuary to people forced to flee their homes. More than 100 Quaker meetings are working to improve the lives of people whose immigration status is called in to question. Quakers call on the future government to dismantle discriminatory practices. On criminal justice: Quakers want a system of restorative justice that transforms individuals, communities and countries for the better. They call on all any future government to invest in health, education and housing. This will help address the inequalities that lead people to commit crime. On peace and disarmament: over hundreds of years, Quakers have practised and promoted nonviolent approaches to resolving conflict and promoted diplomacy and alternatives to violence. Quakers work with others to ban nuclear weapons, end militarism and build a peaceful, just and sustainable global society. Quakers call on the government to end the use of military force as an instrument of foreign policy and uphold international structures of dialogue and diplomacy instead. On the nature of the debate: Quakers are concerned by the violent language being used in the political arena. They call on everyone involved in #GE2019 to listen to each other, seek the truth and seek common ground from which to move forward. As the election campaign begins, Quakers' representative body says, “Humanity needs leaders of integrity and conscience, ready to be held to account by individuals and institutions, national and international." Follow Quaker engagement with politicians on #GE2019 Read guidance on holding hustings and meeting parliamentary candidates pdf Ends Notes to editors · Quakers are known formally as the Religious Society of Friends (Quakers) in Britain. · Around 22,700 people attend 474 Quaker meetings in Britain. Their commitment to equality, justice, peace, simplicity and truth challenges them to seek positive social and legislative change. Media Information Anne van Staveren Media Relations Officer Quakers in Britain 020 7663 1048 and 07958 009703 @mediaquaker annev@quaker.org.uk