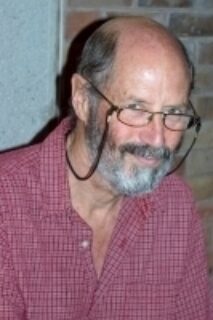 He explores the movement away from the use of the term 'Man' as a term assumed to include women 'silently and invisibly.' He writes:

When theologians (and doctors, philosophers and lawyers) spoke of ‘man’ or ‘men’, they included women, but only as lesser versions of themselves.

Any assumption that one sex is more perfect, or more valuable, or cleverer, or more like God, or better able to represent Christ, is sexist. Liberal-minded Christians agree with feminists about sexism. They have been generally happy to accept the modern idea that there are two sexes, and the still later idea that these two sexes are ‘equal’. An advantage of the modern view is that it removes the demeaning implication that women are in any sense inferior to men.

Professor Thatcher examines why gender-inclusive language is a problem for churches, and provides practical suggestions and discussion questions to enable church groups to engage meaningfully with the issues and explore how to be more intentional in creating a more inclusive worship experience for all Christians of any gender.

Gender Inclusive Language and Worship by Professor Adrian Thatcher is a Forewords booklet published by Modern Church, one of a long running series designed to illustrate liberal approaches to theological issues of concern to the Church. Other titles address sexuality, interfaith priorities, liberal Anglicanism, liberal theology and the problem of evil.

Printed copies are available to order from the Modern Church website at £4.20 including postage and packing in the UK, £5.00 to Europe or £6.00 overseas. A free PDF is also available to download.

Prof. Adrian Thatcher is Honorary Professor in the Department of Theology and Religion at the University of Exeter, and Honorary Fellow in Medical Humanities in the Plymouth University Peninsula Schools of Medicine & Dentistry. Click here to visit his website.

Modern Church is a membership organisation that promotes liberal theology. It encourages open, respectful debate and discussion of matters relating to Christian faith. It was founded at the end of the 19th century as a Church of England society. Now it welcomes all who share its ethos. To find out more, visit modernchurch.org.uk