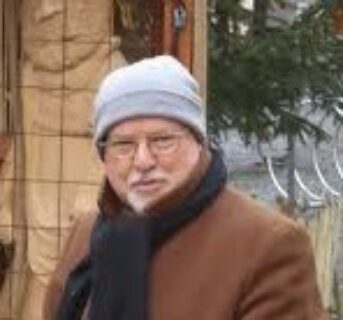 Rohr said, citing Merton: "What we must become is what we already are." "God is just another word for everything," Rohr said. "Don't say you love God if you don't love everything."

Heidi Schlumpf , writing in the NCR, describes an address by Richard Rohr to mark the 50th anniversary of the death of Thomas Merton.

Rohr observed that the Catholic Church of his upbringing did not offer contemplative spiritual resources. Instead, it was focused on a "moral spirituality" in which people experienced God by obeying commandments or through "pious devotionalism," which "kept the tribe together" but "didn't change your life." Merton, Rohr said, "almost single-handedly" called the Roman Catholic Church to recover the contemplative tradition that had been maintained in the Eastern churches and that Rohr called the "perennial tradition" in other religions of the world.

But many clergy did not embrace contemplation, Rohr said, because it threatened their "job security." "If you teach contemplative prayer, then the need for mediators is much lessened," he said. "You don't need Father."

For Rohr, "the mystical mind, the contemplative mind, is the pearl of great price," which can address almost every pastoral, political and relationship issue, he said. "It doesn't teach you what to see; it teaches you how to see." Without contemplation, Christians can get trapped into focusing on distinctions, such as skin colour or gender. "Like that matters to God?" Rohr said. "That you have Christians that can't see beyond that… means you have Christians with no interior life." Instead, people must discover the "true self" — the imago dei in oneself and others, Rohr said, citing Merton: "What we must become is what we already are." "God is just another word for everything," Rohr said. "Don't say you love God if you don't love everything."