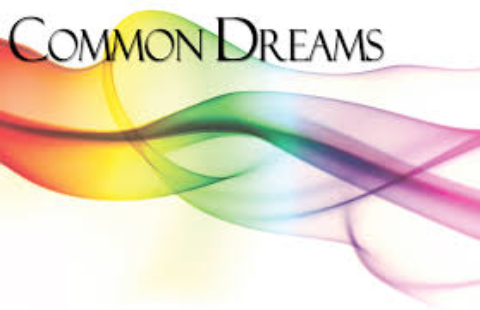 Although not the largest denomination in Australia, a majority of those who attended the conference were from the Uniting Church of Australia. In all there were 350 delegates. The demographic was largely 40+. However, there seemed to be a greater number in the 40-60 range than I’d expect to find at a UK progressive conference.

It was race riots in Sydney in 2005 which spurred a group of like-minded people to come together and hold the first Common Dreams conference in 2007. From the start they invited speakers from across the world to join in. I am grateful to both the Common Dreams organising committee and to PCN Britain for their sponsorship of my attendance. My own speaking contribution was during the elective phase of the conference when I gave a lecture/workshop on the subject of my recent book, Is A Radical Church Possible? 80 people came.

All the conference proceedings are available online in audio format. Transcripts have been added and you can download both on the Common Dreams Website. You will also find some photos that I took in our Common Dreams picture gallery.

In addition, one of our members, Chris Loten, has started a discussion thread about the Common Dreams Conference in the PCN Online Forum. Should you have any difficulty accessing the audio of the talks using the link above, you’ll find that Chris has kindly provided direct links to all the main speeches in his Forum thread.

I would particularly recommend the talks by Val Webb and Diana Butler Bass. One particular joy was to spend time with Marianne Borg who spoke movingly of Marcus as a prologue to Diana’s lecture. Marianne is still seeking advice as to how best to direct the work of a foundation in Marcus’s honour and PCN Britain might be able to offer some ideas and support in this regard.

The closing address by David Felton (Living the Questions interviewer), was powerful and witty and was for me the highlight.