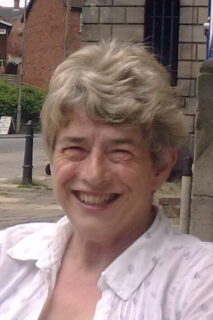 I submit this letter to Progressive Voices with some trepidation but there is something I need to raise with its readers and hope there will be some responses. What I write are my own personal thoughts and not those of the Newcastle PCN.

Recently I attended a group which meets in Newcastle every three months or so. They invite a speaker and the group includes many forthright, thinking people who you would think would like to join with PCN. In fact I think several of those who attend are or have been PCN members. However, when asked by one of our PCN Newcastle group if they would join together with PCN Newcastle, the answer was that the Eight Points got in the way. They did not want to subscribe to yet another ‘creed’.

I had never seen the Eight Points as a creed but after such a challenge perhaps it is. It begs the question as to whether some of the EP seem to stop PCN being an open inclusive group that I thought we were.

The PCN group in Newcastle meets to share food and to wrestle with the challenges thrown up by our faith journeys, each one of which is unique. We want to offer hospitality to all who bring their struggles of what it is to be human and who want to work for a just, peaceful and sustainable world.

Of course there is no criticism intended on the other group, but I wonder what readers of PV think about this challenge. Do the Eight Points get in the way of openness? Do we need them? If we didn’t have them how would we define PCN Britain?

Liz Vizard’s letter in the September 2014 edition of Progressive Voices seems to be raising similar issues. We are a Network but I was shocked to think that a group of similar thinking people would certainly not join with a PCN group because the Eight Points made us too narrow. I look forward to your responses.