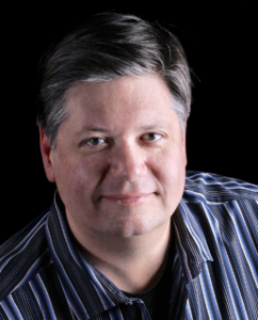 Recently, Arizona’s state school board narrowly defeated the effort of creationist Christians to alter science standards and open the door for a literal interpretation of the Bible being taught alongside evolution. Some of the advisers advocating for creationism were referred to as “Young Earthers” in the news. What exactly does that mean? Revd David Felton answers.

Dear Readers, Believe it or not, “Young Earthers” are folks who are convinced that the earth (and all of creation) is only 6,022 years old (as of 2018). How did they arrive at this remarkably specific date?

It seems that back in the 17th century, a Renaissance Bishop (James Ussher, 1581-1656) figured that he could use the Bible to calculate the date of creation. Taking note of genealogies, events, and the number of candles on Methuselah’s birthday cake (all of which he took as literally as possible), he counted backwards to arrive at the exact day of creation: October 23rd 4004 BCE. He wasn’t clear on the exact time (or the time zone), but suggested that it was in the morning.

Today, a big chunk of American Christians attend churches that claim the Bible is inerrant (without error) and infallible (a safe and reliable source in all matters). I want to believe that most of them don’t actually believe this – considering that they live in the 21st century – but enough of them do believe it to make it a problem for the rest of us.

And you’ve got to feel a little sorry for them. Literalists are taught to expect that the Bible does not waiver from objective truth in the matter of history and science – and despite advances in biology, cosmology, archaeology, geology – and evidence in the Bible itself – they continue to double-down on inerrancy. As an outside observer of this phenomenon, it appears that they believe that “real” Christians are somehow spiritually superior for their ability to, despite evidence to the contrary, deny reality. Obviously, this has clear parallels in our current political reality.

Here’s the problem: despite the very real and urgent societal issues challenging humanity, many literalists continue to fixate not on solving the world’s problems, but on “proving” the Bible is literally true. They are enabled by theological carnival barkers like Ken Ham, who wastes people’s time and resources on building a full-size ark in Kentucky (complete with dinosaurs to account for and then misrepresent the fossil record) – all to shore up their doubts and insecurities.

From Darwin to the Scopes Monkey Trial to today’s efforts to influence school curriculum, literalists have seen themselves as pious warriors engaged in a pitched winner-take-all, us-vs-them battle with science. Many perceive science as an enemy to be defeated at all costs (unless they get sick and want 21st century medical science at their disposal).

To overthrow the enemy, they try to impose their narrow-minded worldview on their neighbors – through challenges to science-based curriculum, sowing doubt about the reality of climate change, and generally promoting an anti-science agenda. If their cockamamie ideas only affected them, then no problem. But trying to sneak fundamentalist ideas into my children’s science curriculum? Them’s fightin’ words! To top it off, their efforts stand to do lasting damage to the United States’ intellectual reputation, our standing in a global economy, and a decreased likelihood that the world will take us seriously as participants in a future grounded in science.

So, put Young Earthers in the same category with Flat Earthers, Vaxers, and those who believe the moon landing was faked: all of them people who, for their own reasons, have decided to live in a world disconnected from evidence-based reality. It would be funny if it weren’t for their attempts to try and impose their antiquated worldview on everyone else. ~ Rev. David M. Felten

PS: I encourage you to visit the website of the Creation Museum and the Ark Encounter to see just how far these people will go to try and prove their point and get out of the hard work of following Jesus. My advice? Don’t give in! But be kind. Evidently, they don’t seem to know any better and don’t have anyone who loves them enough (or whom they trust enough) to get them caught up on the last two hundred years of science and theology. About the Author

Rev. David M. Felten is a full-time pastor at The Fountains, a United Methodist Church in Fountain Hills, Arizona. David and fellow United Methodist Pastor, Jeff Procter-Murphy, are the creators of the DVD-based discussion series for Progressive Christians, “Living the Questions”. A co-founder of the Arizona Foundation for Contemporary Theology and also a founding member of No Longer Silent: Clergy for Justice, David is an outspoken voice for LGBTQ rights both in the church and in the community at large. David is active in the Desert Southwest Conference of the United Methodist Church and tries to stay connected to his roots as a musician. You’ll find him playing saxophones in a variety of settings, including appearances with the Fountain Hills Saxophone Quartet. David and his wife Laura have three children.