Church of England's 'self-obsession' in pandemic? 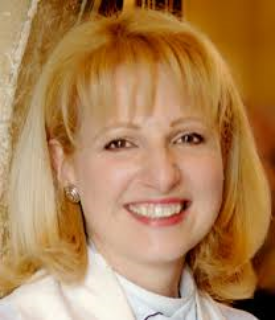 It is reported in The Guardian that the Rev Rosie Harper hit out at ‘micromanagement of buildings’ and calls for less elitism. One of the Church of England’s most outspoken internal critics has called for fundamental change in response to the coronavirus crisis, saying the church’s self-obsession and elitism have no place in the post-virus era and that people’s trust in a “national church” is gone forever. The Rev Canon Rosie Harper, chaplain to the bishop of Buckingham and a member of the church’s ruling body, the General Synod, is among a growing number of clergy and lay members of the church voicing criticisms of the leadership’s actions since the pandemic took hold in the UK. Many have been dismayed by the decision of the archbishops of Canterbury and York to tell clergy to lock churches and turn away individuals wishing to pray privately or seeking solace at a time of deep national anxiety. Writing on Via Media, a blogging site backed by some senior figures in the C of E, Harper said church leaders mimicked the government in issuing rules and regulations, “forgetting that their relationship with their flock is different. They do not rule over us, but rather are shepherds whose calling is to offer hope and inner depth and strength through our faith in God. “A bewildered nation expected words of lament, of comfort, of inspiration. Alas, although they were there, they got drowned out by the micromanagement of church buildings.” Amid protests that even clergy were forbidden from entering churches, Justin Welby, the archbishop of Canterbury, insisted that the C of E must “set an example” in following the government’s dictum to stay at home. According to Harper, a consequence of the “disorder” of the Covid-19 crisis and the closure of C of E buildings has been that “the edges between church and community got lovely and smudgy and people lived their faith by loving and helping one another”. When it came to “reorder” after the crisis had passed, the C of E needed to look and act differently, she argued. “How I would love the church to be where every human being is loved and valued equally. Where anyone who was in any way different to the majority need never fear rejection or judgment from other Christians. “I would love to see the choking tendrils of power, politics, entitlement, the class system to be unwrapped from around the heart of the Church of England … I would love to see us less obsessed by ourselves and more obsessed by our neighbour.” She said the crisis had shown that the church’s financial model and its commitment to a church in every parish in the country were unsustainable. “The trust of the people in a national church, already horribly compromised by its internal moral failure to treat LGBTI people, women or abuse survivors honourably, is gone forever, and its place on the national and political stage will be seriously challenged.” Out of the crisis, a church should emerge that was “much closer to the poorest, most marginalised in our society. More present in the housing estates across the country and less bound up in bishop’s palaces and London clubs”, Harper said.