Church must reconcile with LGBT+ Catholics 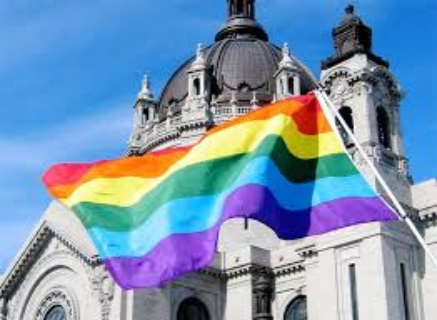 Among younger Catholics the Church’s traditional language is frankly incomprehensible.

The Tablet editorial claims that among younger Catholics the Church’s traditional language about gay men and women, especially the phrase “intrinsically disordered”, is frankly incomprehensible. It implies they are deficient and in some way inferior to heterosexuals because their sexual inclinations are inherently unnatural and sinful. This teaching itself can be harmful. A survey of opinion in nine nations with large Catholic majorities found that half of baptised Catholics, practising or not, regard traditional Catholic teaching as potentially damaging to a young person’s health and well-being. That is not something a pastorally sensitive Church can ignore. Strict adherence to traditional church teaching is not as such incompatible with mental health, but makes it more difficult. For some that is a spiritual struggle worth having – a blessing, if somewhat disguised. But that does not appear to be the majority case. The reconciliation of the Church with its gay and lesbian members cannot simply mean trying harder to persuade them to adhere to traditional teaching. If they fail, they can experience a burden of anxiety, guilt and low self-worth which is a breeding ground for mental illness. So they may reject the teaching, out of self-preservation, and in so doing they may reject the Church itself. Rather than assisting the quest for God, it can stand in the way. If “homosexual tendencies” are not “intrinsically disordered”, what are they? The emerging consensus is that same-sex desire is natural (and so God-given) to those who experience it. In that case is it not natural to follow these desires? The answer would appear to be: only to the same extent as in the heterosexual world. There are still moral limits. The Catholic Church’s attitude to homosexuality – which includes both the Magisterium and the sensus fidelium – could be described as being on a learning curve which has not yet reached its destination. At a pastoral level there is increasing acceptance that gay Catholics benefit, just as others do, from being in loving, stable, long-term relationships. That acceptance has tended to be grudging, on the grounds that such relationships are less damaging than a promiscuous lifestyle. The point has now been reached when caring, stable and monogamous gay relationships could be acknowledged by the Church as a blessing. And the focus lies less on sexual acts than on the quality of the whole relationship. That is progress.