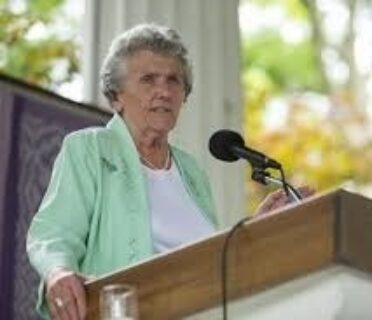 Peter Bellenes writes that back in March this year Adrian Alker, in his blog, responded to the issue of abuse of minors in Church settings. Adrian highlighted that despite twentieth century reforms the Church of England is still hugely hierarchical with bishops and clergy placed on pedestals by doting congregations, with each bishop a power in his (or now her) particular diocese. Just over ten years ago I spent my sabbatical with the Benedictine Sisters at Lake Erie, Pennsylvaia. The sisters supported ordination of women but cautioned that they had witnessed women ordained in the Episcopal Church metaphoricall adopting "clerical collars as deep as their brothers". Female priests and bishops are no reason to expect an end of clericalism. From across the Atlantic renowned radical Benedectine, Sr Joan Chittister challenges the response to abuse issues. Structural change she says is welcomed but not enough on its own — The Church must address the scourge of clericalism, revisit the theology of the church itself, become alive to the discernment and the moral perspectives of the laity which are simply ignored. Deep reform lies, she believes, in a reworking of the theology of priesthood. The truth, Joan suggests, is that real reform depends on the teachings of the church and not simply on a change of structures. As Joan makes clear the fact is that structures validate process. But process guarantees nothing but adherence to the values, the ideals and — in a church — whatever theology underpins them. It's the theology that counts. Sr Joan Chittister - from where I stand